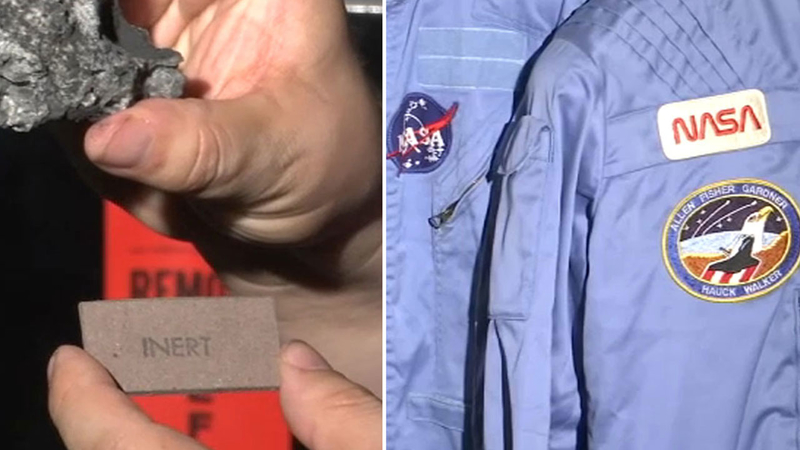 HOUSTON, Texas -- If Apollo 11's 50th anniversary has sparked your space interest, there's a way to start your own NASA collection.

Todd Nelkin's home is stuffed full with all kinds of goods. The Houstonian is proud of the Space City's role in putting man on the moon and has collected items to celebrate it.

Getting a piece of your own collection doesn't cost a fortune either. At Space Center Houston, you can get 50th anniversary patches starting as low as $7.

"The neat thing about some of the NASA items is that they're still pretty affordable," Nelkin said.

Not all NASA items are cheap. Robert Pearlman runs collectspace.com, a site that helps space enthusiasts come together.

The website also shows people where auctions take place that sell space goods. Pearlman said some of the items only cost a few bucks.

Pearlman said you don't have to travel. Many of these auctions are online.

Pearlman hopes Apollo 11's 50th anniversary will inspire more space collectors. If you're one of them, Pearlman said to start slow, and don't rush to make your own place look like a museum.

"I think it's much more enjoyable to pick up each piece, and spend time researching, and learning the history of each item, and then building upon what you learn about that to what you buy next," Pearlman said.