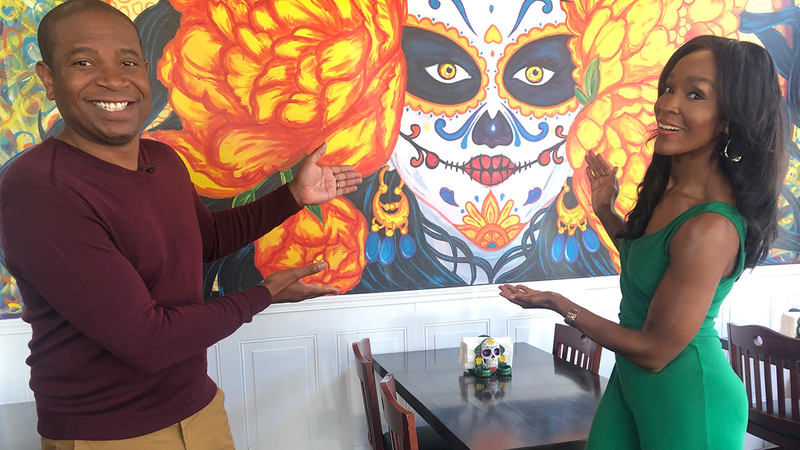 PHILADELPHIA (WPVI) -- Ducis Rodgers and Maggie Kent host an all new FYI Philly from Don Barriga in West Philly, Saturday at 7:30 on 6abc.

At La Ingrata, old Mexican movies play on the TV. The walls are lined with pictures of Mexican movie stars and, in the kitchen, husband and wife owners Carla Torres and Ernesto Ventura are making their favorite dishes.

Everything is from family recipes passed down through the generations.
The green mole, chock full of green vegetable and a lot of spices, is served over chicken

Carla says her mother taught her how to make the mole, and the pozole, a soup cooked for 4-6 hours. Carla makes a red broth version of the dish, with chicken and pork.

There's a mole pizza with the mole recipe coming from Ernesto's grandma.

Ernesto and Carla both also work at Michael Schulson restaurants in Center City. He is the executive chef at Alpen Rose. When the pandemic hit in 2020, their hours dried up.

Carla got bored at home and so she started making and selling traditional Mexican breads.

They went door to door doing delivery
As business grew, they saved their money and bought their own place.

For Carla, it's an achievement that brings her tears. She came to the US at a young age, all alone and not knowing the language. "To me," she says, "this is gold."

Along with the food, there are traditional Mexican drinks like hibiscus tea and horchata. And for dessert, you can get a homemade molten lava cake

Now the Mexican-born chef is opening his own spot, Cantina La Martina, celebrating the authentic cuisine of his home country.

His creations feature ingredients and cooking methods used in the Mayan Empire era, with dishes like tacos made with pork marinated in a jus of charred peppers then roasted over an open fire, as well as contemporary Mexican fare like a giant quesadilla made for two, at 18-inches and filled with the works.

Their Cinco de Maya celebration will be May 5 from 11a.m.-10pm, with a DJ and prizes. 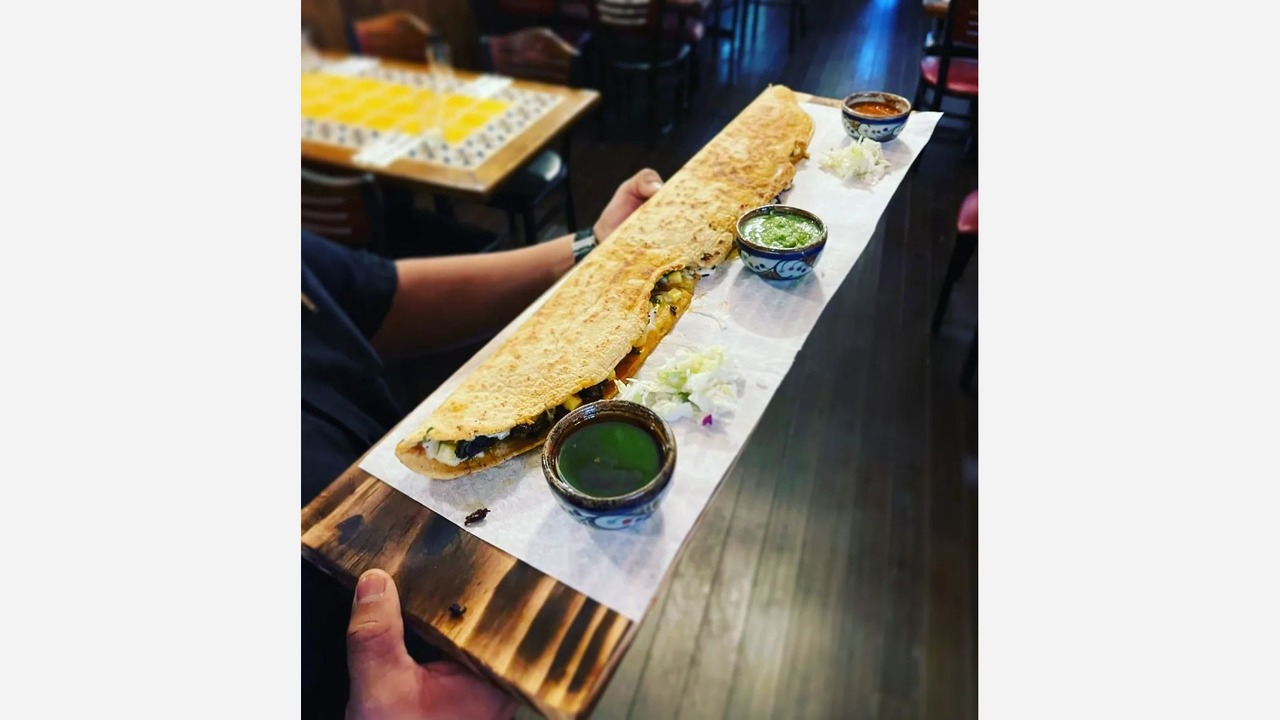 We rounded up a list of local spots to celebrate mom with great food and drinks that will make her feel extra special.

Our destinations include beachside dining at the Jersey shore, a dine and stroll spot in Chestnut Hill and 4 spots inside the city limits featuring an array of cuisine that will satisfy and celebrate moms. 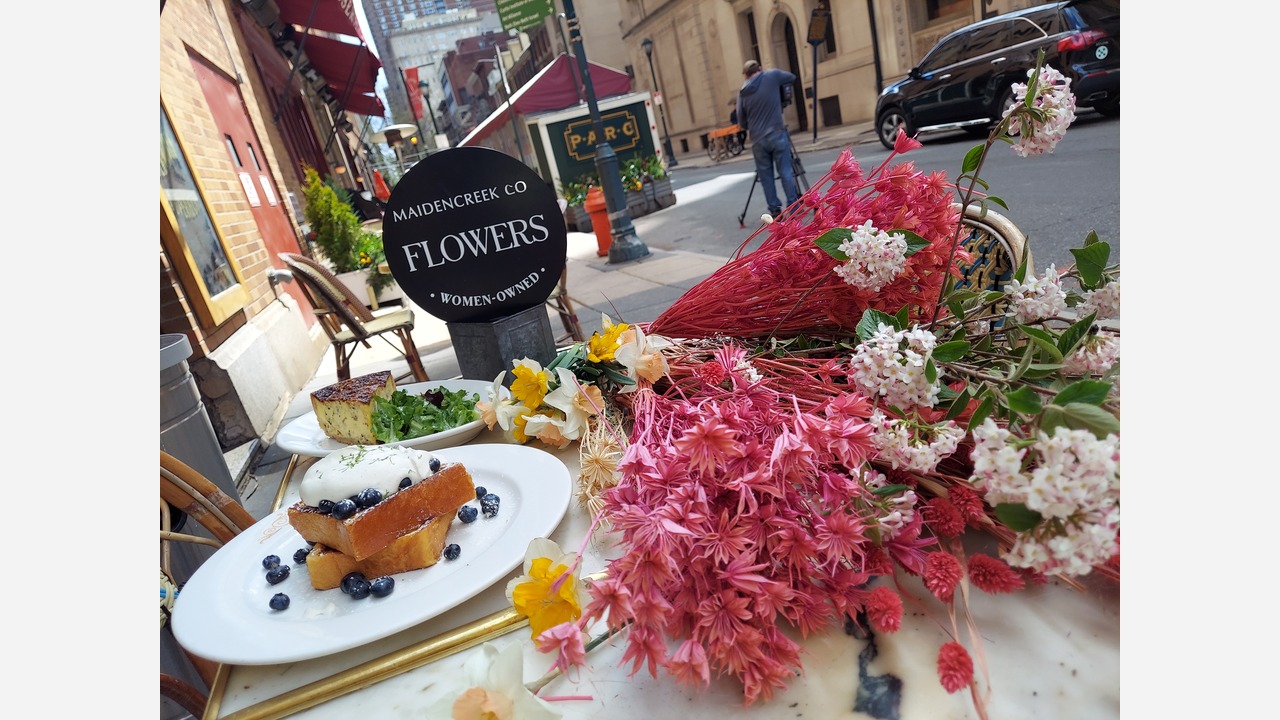 There is a new effort to teach children about sustainability even before they learn their "ABCs" at an Earth-friendly play space in Philadelphia's East Falls section.

Rutabaga Toys is a lending library for children's toys

Once she had kids and realize how much waste was created, Krystal Cunillera created an Earth-friendly response: Rutabaga Toy Library.

Just like a library for books, you don't need to buy anything. You borrow, bring it back and borrow another.

And though dubbed a toy library, members borrow everything from baby gear to developmental toys to dolls.

Cunillera, a mother of two, says the key is to start kids young, making retail recycling the norm.

About 90% of the items at Rutabaga Toy Library were donated.

For parents, there's the added bonus of less clutter around the house.

Kambel Smith can take cardboard and turn it into just about anything-from sculptures of the Lincoln Memorial to the Woolworth building to the Chinatown Arch.

Kambel Smith is an Autisarian with a gift for turning cardboard into works of art
Kambel Smith can take cardboard and turn it into just about anything-from sculptures of the Lincoln Memorial to the Woolworth building to the Chinatown Arch.

His dad Lonnie says he is the leader of the autisarians.
Autisarian is the family's way of reframing autism, seeing it not as a disorder, but as a gift of super human ability.

"I'm not no autistic, Kambel says, "Call me autisarian."

Kamal's is family-owned and operated by three brothers, Hesham, Adham and Anwar Albarouki. They recently took over from their parents who migrated from Syria 40 years ago.

The falafel chickpeas are soaked overnight by the buckets. There's a fresh fruit smoothie and juice bar where they're known for their famous Lemon-nana. You'll find a variety of baklava with one called mini rose cashew, which has a hint of rose water.

For the past 11 years, Bella Vista's Al Zaytouna has been serving Eastern Mediterranean near the Italian Market. Owner and Chef Koubeil Ben Ayed says his most famous dish is the branzino, which is imported fresh from the Mediterranean.

Ayed is from Tunisia, a country known for its olive trees. Al Zaytouna means "the olive" in Arabic. Ayed says his favorite dish is Tunisian Couscous. Other popular dishes include mixed meat kebab with beef, lamb, chicken and kofta and vegan lentil soup, with lentils sourced from the Amish.

Cilantro is family-run and it all started in Egypt, where they had their first restaurant. Mom and Head Chef Dalia Soliman is a famous chef back home known for her homemade hummus and eggplant mustafa. Dad, Mohammed Elazazy, is a famous film actor turned chef.

They make a traditional Egyptian pastry called the Hawawshi, also called the Cilantro Signature. Their children Marwan and Eyad Elazazy are helping hands and also happen to be world champion Muay Tai kickboxers. People travel from all over for the Fat Boy filled with two meats and their secret white sauce and they leave with the homemade Baklava.

Clay Studio finds new home with goal to connect the community
The Clay Studio has a brand-new home in the heart of South Kensington and a mission of using clay to connect to the community. Karen Rogers has the story in this week's 6abc Loves the Arts.

The new 4-story home is 15,000-square-feet bigger than its previous space in Old City.
"We have increased our classrooms. We have something like three times as many kilns," says Jennifer Zwilling, Curator and Director of Artistic Programs at the Clay Studio.

The famous mug wall and gallery shop have also grown.

"There's 75 artists from all over the United States and some local artists," says Zwilling.

And for the first time, they have room to display items from their own permanent collection.

"We have about 600 pieces of art that were just in storage," says Zwilling.

Adding to all that is a new auditorium and rooftop event space.

"They're beautiful views," says Zwilling.
They're joining a growing arts district, but in a vulnerable community.

"They are thinking, working with a community," says Artist Kukuli Verlarde.

Verlarde lives in the neighborhood and is one of three artists in the inaugural exhibit, Making Place Matter.

"The installation that is A Mi Vida," says Verlarde.

"She does work that reflects her Peruvian roots," says Zwilling.

Verlarde says she's been coming to the Clay Studio for 25-years and met her husband through the Artist in Residence Program.

"It has always been part of our family," says Verlarde.

Their daughter is the inspiration for her work that centers on families separated at the US-Mexico border.

"It broke my heart," says Verlarde, "I want people to see the preciousness of the life.

In its new facility, The Clay Studio plans to boost community outreach.

"And offering as much free and low-cost programming as possible," says Zwilling, "Anyone from a little kid up to an adult can really have a hands-on experience."
--
Clay Studio | Instagram | Facebook
1425 North American Street, Philadelphia, Pennsylvania 19122
Making Place Matter on view through October 2nd

A mother-daughter exhibition is on display at Commonweal Gallery in Center City.

It's the photography work of self-taught collage artist Kara Mshinda.

The idea was originally sparked by the pandemic.

Mshinda took photos of her 8-year-old daughter while exploring their neighborhood together during outdoor time.

She then layered the photos into a collection of collage-style images she calls Traces.

The exhibit runs through May 21.

From a student's apartment to a brand-new community kitchen, the Good Pizza Program makes its way to Philabundance.

"The Good Pizza story is an incredible story"

Started by a graduate student Ben Berman, who in times of quarantine decided to lower pizzas from his window.

After success in his free pizza drawings, Ben encouraged others to donate a portion to Philabundance.

"Through this program we're obviously able to raise money from the people who donate and we're able to use that money to make meals and provide food to others who are food insecure," says Loree Jones.

You can now win your own pizza through Philabundance.

The 3-bedroom 3-bath condominium residence is on the 42nd floor of Arthaus, one of the newest buildings on South Broad Street - slated to officially open in June.
Breathtaking views of the city are seen from floor-to-ceiling windows throughout, and each room is decorated by a different local designer. 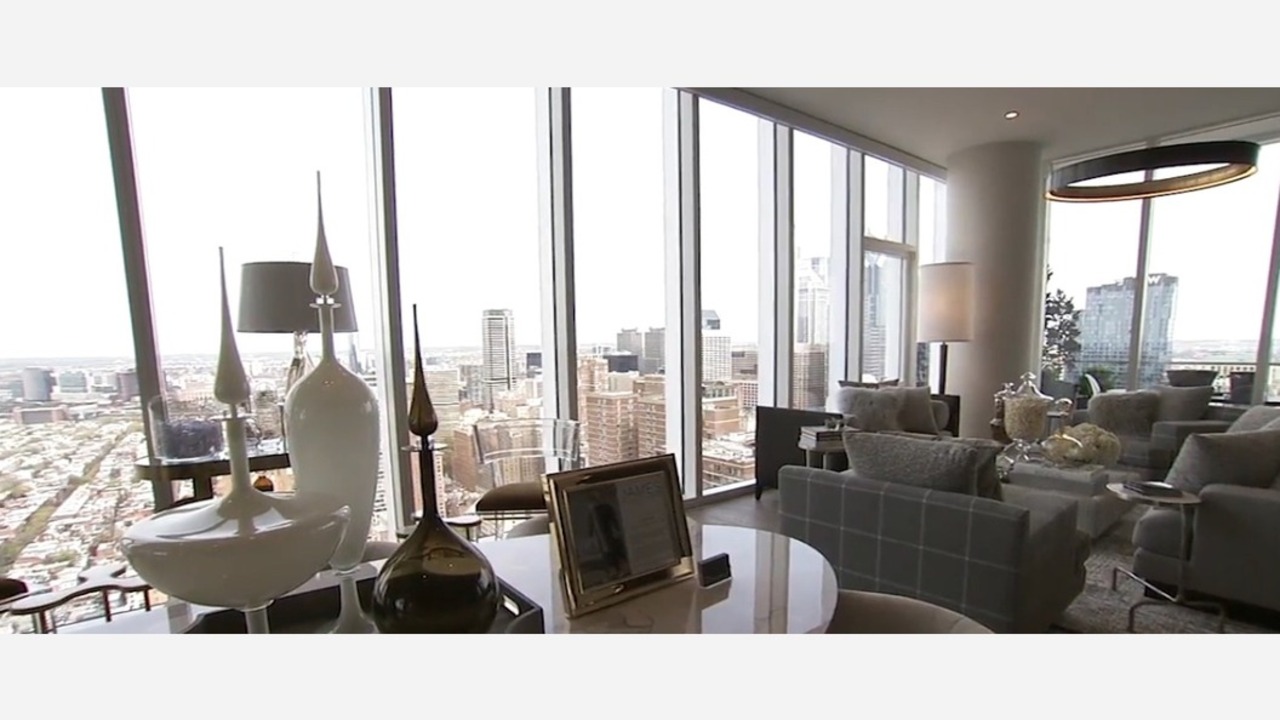