The motorcyclist has been identified as Terrance Newton, principal of Warner Elementary School in Wilmington.
WPVI
By 6abc Digital Staff and Jillian Mele 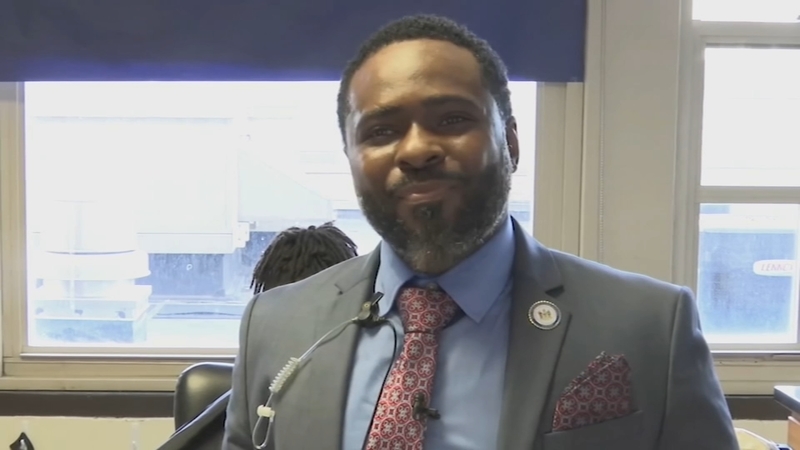 WILMINGTON, Delaware (WPVI) -- A school community is mourning the death of an elementary school principal who died after a motorcycle crash in New Castle County, Delaware.

"He was a beloved principal, leader, loved the kids, did everything he could to help all the children. It's really hard for all of us," Delaware Governor John Carney said.

The governor visited the school on Tuesday to support the students and staff.

The crash happened around 10:45 p.m. Friday on the 100 block of Old Baltimore Pike in Newark.

New Castle County paramedics were called to the scene and found Newton in the roadway.

Medics say he was thrown off his bike and suffered a head injury. Police say he was wearing a helmet.

Newton was treated by paramedics and then taken to Christiana Hospital where he later died from his injuries, according to the Red Clay Consolidated School District.

Action News featured Newton in a 2020 Localish report when he set up a barber shop inside the school for his students.

"In my eyes, all our students are leaders," Newton says in the video. "This is a time that allows me to groom better leaders, building their character and shaping relationships."

This principal is shaping the student body with haircuts!

Newton touched so many hearts and minds, including Javon Gasby, a crossing guard and former student of Newton.

"He reshaped my character in a way that I couldn't imagine. Even just the little talks that we had in his office or hallway or cafeteria. I would do anything to get him back," said Gasby.

Dorrell Green, the superintendent of Red Clay Schools, released a statement on Newton's death, which can be read in full below.

"Dr. Newton, or 'Newt' as many knew him, was an inspirational leader," Green said. "He developed systems to not only address academics, but he also incorporated broader services that made Warner such a special place for students, staff, families and the community-at-large. Newt's high energy, infectious personality and passion for his school community was unparalleled."

Jacqueline Wing was Newton's crossing guard when he was a student.

"His legacy is to make sure that the children in his district will be good," said Wing.

School officials say a crisis response team will continue to provide counseling and support for students and staff. 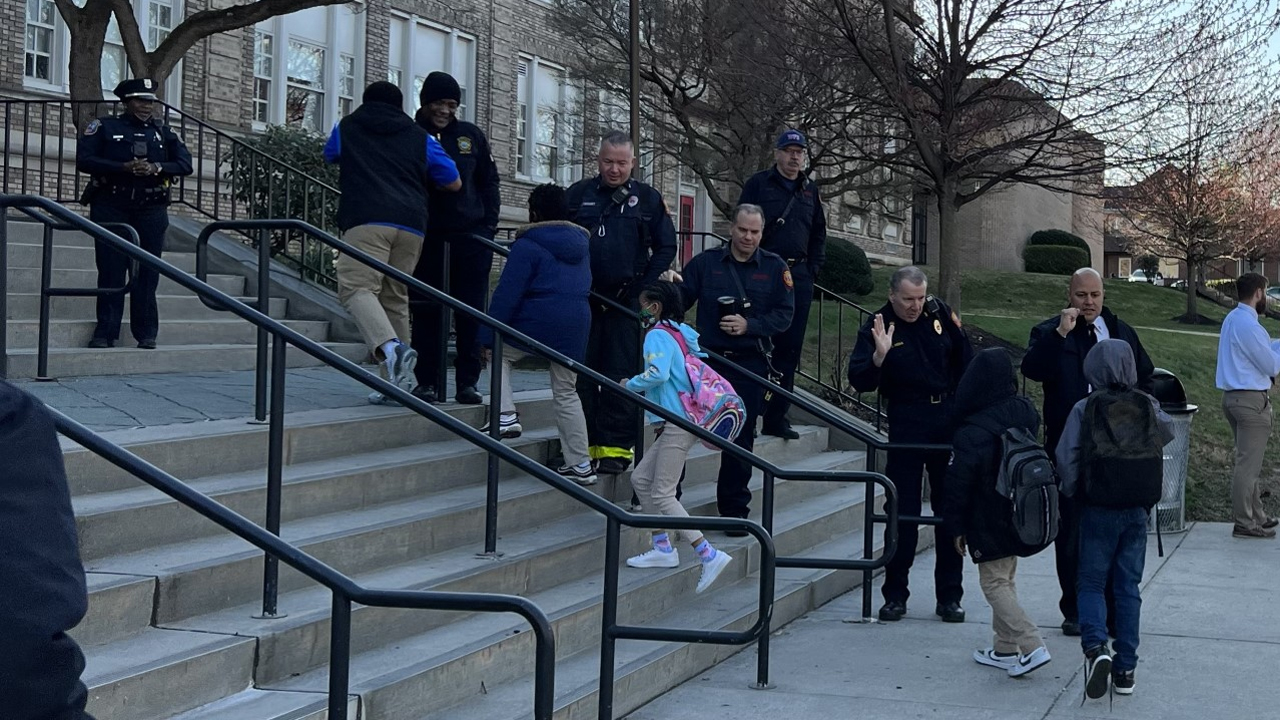 Wilmington firefighters and police greeted students as they arrived at Warner Elementary School on Monday, March 21, 2022.

"It is with great sadness that I must share Dr. Terrance Newton passed away this evening after injuries sustained from a motorcycle accident on Friday, March 18th.

Dr. Newton, or "Newt" as many knew him, was an inspirational leader who served as the Principal of Warner Elementary, starting in July 2019. Prior to joining the Warner Thunderbirds, he was the Assistant Principal of HB DuPont Middle School. Dr. Newton was a true advocate for students and a genuine supporter of his staff. He was an innovative and dynamic school leader that put the whole child first. He developed systems to not only address academics, but he also incorporated broader services that made Warner such a special place for students, staff, families and the community-at-large. Newt's high energy, infectious personality and passion for his school community was unparalleled.

As a member of the Kappa Alpha Psi fraternity, Delaware State University alumni, and native of Wilmington, Dr. Newton was a pillar of the community and closely collaborated with many organizations to support his students and their families. His passion for student success will have a lasting impact on Warner and the greater Red Clay community.

Warner will continue to have Red Clay crisis support available for students that would like to speak to someone. Students can reach out to their teachers or school counselors to access these supports.

We send our deepest condolences to the Newton family at this difficult time. Newt was so much more than an educator and embodied the strength that our children deserve. As a colleague and friend, his legacy will be carried on as we continue building on the foundation that he laid."
Report a correction or typo
Related topics:
trafficdelawaremotorcyclesprincipalcrash
Copyright © 2022 WPVI-TV. All Rights Reserved.
CRASH
Truck runs red lights, crashes into school bus injuring children
NFL QB Dwayne Haskins legally drunk when he was hit, autopsy shows
2 adults, 3 children injured in crash with SEPTA bus
Police ID ATV rider killed after colliding with car in Philadelphia
TOP STORIES
Suspect shot by police at Dollar General in Absecon
Student stabbed in Coatesville High School, suspect not in custody
30th St. Station worker recalls stabbing: 'I sprayed him with Windex'
Mom hears late son's heartbeat in 14-year-old boy for 1st time
More than a dozen arrested at Jersey Shore pop-up party
Truck runs red lights, crashes into school bus injuring children
Senator responds after calls for more Phillies $1 dog days
Show More
Pa. parents, students push for AAPI education in K-12 classrooms
Gas station charges nearly $8 a gallon ahead of holiday weekend
Brendan Langley, fmr. NFL player, gets in scuffle at NJ airport
US to release monkeypox vaccine from national stockpile: CDC
Texas high school has 35 pairs of twins in 2022 graduating class
More TOP STORIES News