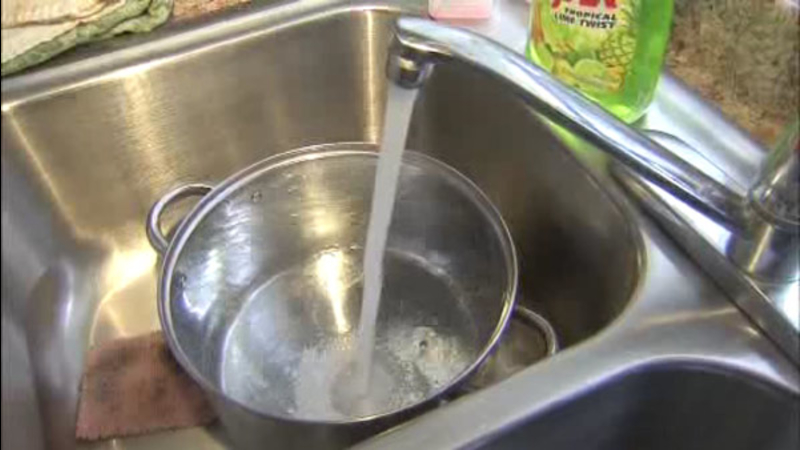 MULLICA TWP., N.J. (WPVI) -- For residents in one South Jersey community, it could be tougher to cool down during the heat.

Residents in Mullica Woods, a 55+ community in Mullica Township, say they've been under a boil advisory for almost two weeks.

Many say it's just the latest in a series of issues, and it's the one of the reasons why more and more "for sale" signs are popping up around the neighborhood.

"You would be surprised at all the things that you use water for that you don't think about every single day," resident Michelle Jenkins said.

Jenkins, a longtime Mullica Woods resident, says life was mostly good, until the boil water advisory was issued by the state.

It was the result of a private well failure that sent sand into the water treatment system.

"This has been going on for quite a while and I'm not mad at the management for it, but it's really a pain," resident Jimmy Hendricks said.

The property is owned by Hometown America Communities of Chicago.

We reached out for comments or a statement, but the company has yet to send either one.

In a letter sent to residents last week, management says it's waiting on bacteria sample test results to be released by state officials.

"If it's not the water, it's the sewer, it's the electric - goes off all of the time - and we pay, most of us are paying $8,100 a year to live here," resident Patricia DiLorenzo said.

The New Jersey Department of Environmental Protection says records dating back to 1991 indicate that although the management company has been issued more than two dozen violations, the bulk of it is technical in nature. Nothing alarming or illegal.

And this latest problem is not unusual when a well is being used.

"I think they need to be patient and wait a few weeks and see what happened. In the meantime, they've supplied us with water and you can shower with this water. It's a precautionary measure that I'm sure they want to take to make sure no one gets ill. So they've been doing a good job as far as I'm concerned," resident Mark Williams said.

The DEP tells Action News it had some technical issues in the testing procedures that the lab used for the samples. That significantly delayed the process.