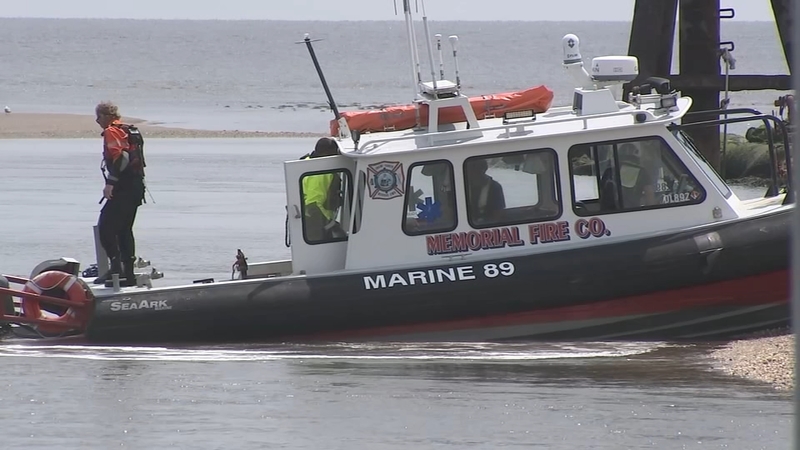 The victims have been identified as 21-year-old Kevin George Jr., of Philadelphia, and his 20-year-old brother Zion George, of Tennessee.

According to authorities, Kevin and Zion, along with a 20-year-old woman and 20-year-old man from Philadelphia, traveled Tuesday for a day trip to South Bowers Beach.

Around 2 p.m., the three men entered the water in the Delaware Bay to go swimming during low tide conditions.

As they were in the water, police said, the tide changed, and the strong current pulled all three into the Murderkill River.

During this time, the Assistant Chief of South Bowers Beach Fire Department Michael Hignutt and his cousin, Timothy Smith, were fishing in the area and heard cries for help.

Police said both Hignutt and Smith entered the water in an attempt to rescue the swimmers.

The woman, however, was then pulled out by the current. Hignutt was able to successfully rescue her.

Hignutt and his cousin were not able to locate Kevin and Zion.

The search efforts were suspended at 9 p.m. Tuesday.

Crews returned at 9 a.m. Wednesday for a search and recovery mission.

Around 10:30 a.m., police said the body of Kevin George Jr. was recovered in the Murderkill River near where he was last seen.