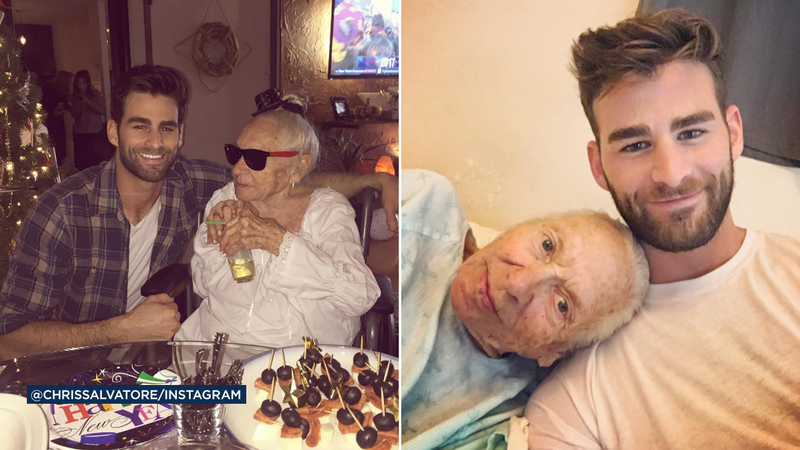 "I never thought I'd have an 89-year-old best friend, but it happened," Salvatore said.

"I don't know what to say except it's the best friendship I've ever had," Pattavina said.

Salvatore was born in Richboro, Bucks County before moving to California.

The friendship between the two began five years ago when Salvatore moved in next door and waved hello as he passed Pattavina's apartment window.

"I say hi to everyone, but Chris was the cutest," Pattavina joked.

"One day I came in the apartment and she offered me a glass of champagne and we've been best friends ever since," Salvatore explained.

Over the years their friendship grew. Their outings have been documented on social media with the hashtag #MyNeighborNorma.

"We have pizza night every Friday night, so I would always hashtag #MyNeighborNorma and it just stuck with people," Salvatore said.
Pattavina has recently been battling cancer, and after three months in the hospital she was released to go home, but under one condition: she needed 24-hour care.

With no family in California and GoFundMe.com donations running low, Salvatore offered to have her move in with him.

"I like to think I would've done the same thing for him. I probably would've, but I'm not positive," Pattavina said.

Norma has been all smiles for the last few days after seeing herself on the TV. THANK YOU from the bottom of our very full hearts today! ❤ pic.twitter.com/rh1kcA8Ucx

Now, both of their worlds have been turned upside down, but they seem to be loving every minute of their time together.

"The best part about last year was when we got the opportunity to go vote together and we both wore nasty women T-shirts. It was funny," Salvatore said with a laugh.