Children of Apollo astronauts hope for return to the Moon 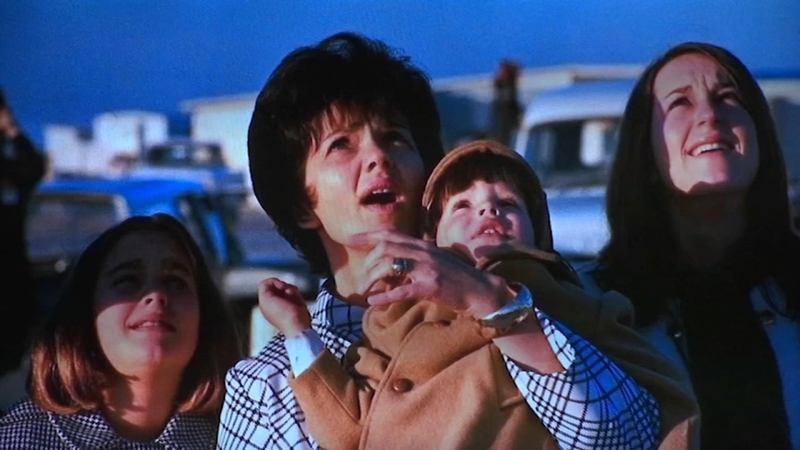 Children of Apollo astronauts hope for return to the Moon

Fifty years ago this week, millions watched as Americans stepped foot on the moon. While some watched in awe, not everyone was impressed.

"They made us get out of the pool to come in and said, 'Watch this,'" said Tracy Cernan-Lloyd, daughter of Apollo 17 astronaut Gene Cernan. "So, we as 6-year-olds watched it with interest, and we were like, 'Oh, okay, Mr. Armstrong is walking on the moon.' And then we were like, 'Can we please go back and go swimming?'"

The children of astronauts James Lovell and Alan Bean share a special connection with the men who took part in Apollo 12, 13 and 17.

"Between flights, when the media wasn't really on us or the families, we were normal," Jeff Lovell said. "We were going to the swimming pool. We didn't lock our doors. It was just a regular, hanging out with the engineers next door, it was a regular, easy going family life."

A sold-out room at Space Center Houston heard stories of growing up in the shadow of America's space program.

The children of Apollo may not have appreciated what their fathers did at the time, but they told the crowd they do now.
"Dad always used to say what he liked about NASA is it never stood still," said Amy Bean. "He just wants to see it go to the next place."

The next place, the astronaut's children hope, includes missions back to the Moon and beyond.

"Our children are the next generation, and the ones after that," Barbara Lovell-Harrison said. "And I'm truly hoping my grandson will be on Mars someday."

A feat these children of Apollo hope they see fulfilled after the legacy their fathers left behind.