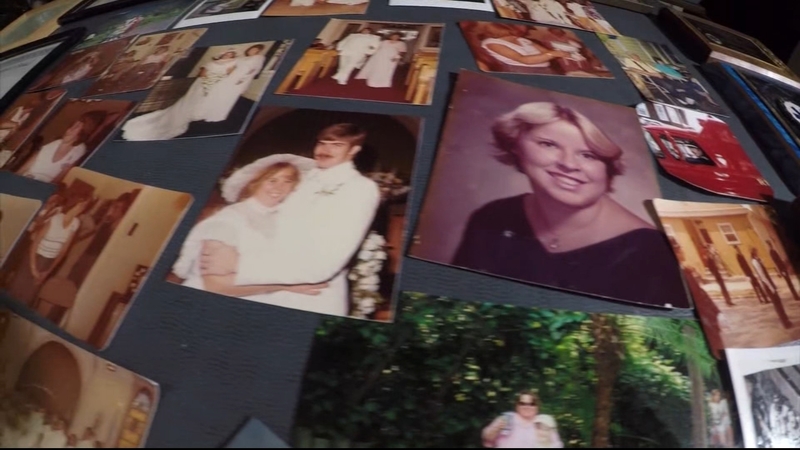 RIVERSIDE, New Jersey (WPVI) -- A New Jersey man is now left with a situation he can only describe as "unreal."

Ed Kemble is still in shock, now coping with the deaths of four family members who lived with him after contracting COVID-19.

"On our wedding day it rained and we rode around in the (fire) truck and made lots of noise," Kemble said, remembering his wedding day with his wife Barbara.

His brother, John Kemble, was a former EMT with Delran Emergency Squad.

Kemble's aunt, Eileen Wolverton, was active with the Washington Fire Company Ladies Auxiliary. He says while Eileen had stage four cancer, she still played a large part in caring for his brother, John, who lost his legs to diabetes and was bed-ridden.

There was also Kemble's mother-in-law, Ruth Allen, who he says loved him like a son.

All five lived under the same roof in Riverside, New Jersey.

"We took all of them in to help put a roof over all their heads," said Kemble.

He says COVID-19 penetrated the home in mid-November. Now he is the only one left.

"It's still shocking," he said, sitting in front of a wall of firefighting memorabilia in his basement.

Kemble is a volunteer firefighter with Riverside Fire Company. He says he's not sure how they became infected.

Almost all of them had health conditions that put them at higher risk. He says his wife had diabetes, kidney problems, and other health complications. She was the last one to pass in January at age 60.

"Her just being there," he said. "You know we walked the boardwalk, played games, went out to dinner every night."

A gofundme has been set up to help him with the cost of four funerals, and other financial strains, saying he's not sure if he'll be able to stay in his home.

He says keeping busy has helped to keep his mind off of things. His wife's cat, Ozzy, and his brother's dog, midnight, also bring him comfort.

Kemble passes along this advice, having gone through the unimaginable: "It is real. It's invisible. Wash your hands. Wear your masks."