Police said the crash happened at about 4 p.m. Friday near Parvin Mill and Almond roads.
WPVI
By 6abc Digital Staff 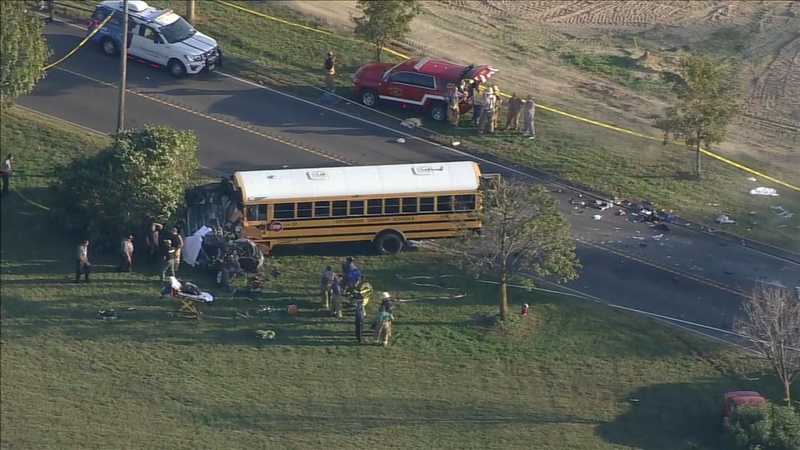 The crash happened just before 4:30 p.m. near the intersection of Parvin Mill and Almond roads.

The driver of the Nissan, Pearl Caudill, 70, of Pittsgrove, was pronounced dead at the scene, police said.

The school bus driver, Denise Powell, 60, of Newfield, was airlifted to Cooper Hospital where she later died.

Police said the driver of the Volkswagen was also injured and was taken to Inspira Medical Center Vineland.

Two students were taken to an area hospital with non-life-threatening injuries for precautionary reasons.