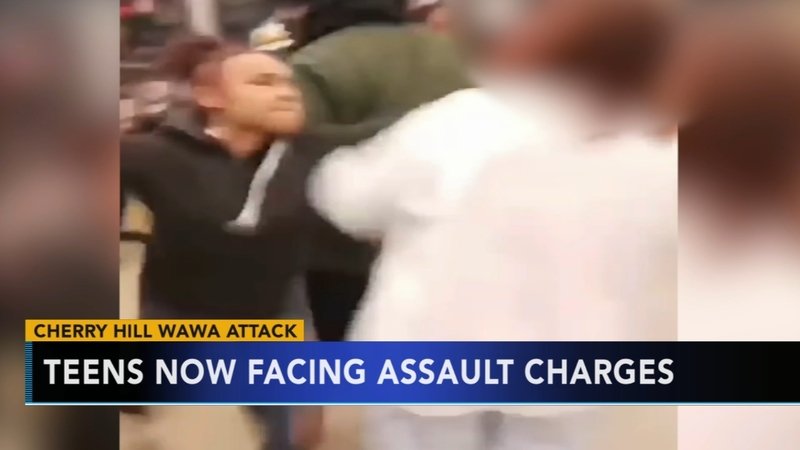 CHERRY HILL, N.J. (WPVI) -- Police say video posted to social media led to upgraded charges against one of the women arrested for attacking a customer inside a Wawa store in Cherry Hill, New Jersey.

Camden residents Destiny Davis, 19, and Diamond Howard, 18, were initially charged with disorderly conduct following the incident back on November 17.

They were released from custody pending charges for simple assault.

Police say responding officers were not able to view the store surveillance video at the time.

However, investigators soon learned of video circulating on social media that showed the attack.

After viewing the video, police charged Davis with aggravated assault.

Howard has been formally charged with simple assault.

The incident happened shortly after midnight at the store at 500 Route 38.

"The lady who was in line, our victim, heard these two females speaking using profanity, and they were using it multiple times, so she asked them to watch their language and not speak like that," said Cherry Hill Police Chief William Monaghan.

"At that point, one of the females started speaking louder, acting extremely aggressive, climbed on top of the counter of the store, knocked over gift cards, and started spitting at the victim," Monaghan continued.