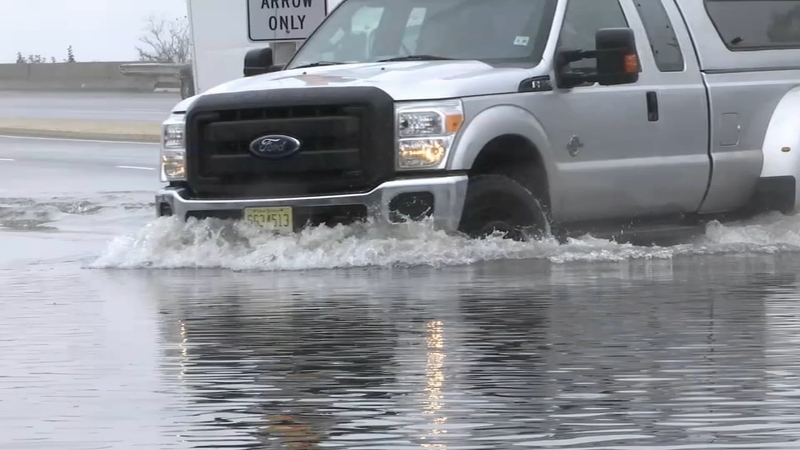 Action News stopped at New Albany Avenue just over the bridge into Atlantic City, New Jersey around midday Monday. The ramp onto West End Avenue was closed - a notorious spot for high waters.

"Classic flooding. Every time we get a high tide the cones are up and it's all blocked off," said Clint Sawyer from Atlantic City.

Sawyer and his 4-year-old son, Jack, decided to come check out the beach in Ventnor on this windy day.

"I was picking him up from preschool and we decided to come see the beach.... there's not a lot of beach," he said.

The ocean was angry on Monday, and waves ate away at the sand at New Haven Avenue.

"I was trying to go for a walk on the beach a little but there's not much of a beach to go on right now, said Harry Yue, a resident of Ventnor who was out for a cold walk with his dog, Bear.

Action News arrived just as the Dorset Avenue Bridge was re-opening around 1:30 p.m. after tidal flooding forced it to close for a time.

"Just certain areas it's really flooded where you can't get anywhere so you have to really detour and go around everything," said Yue.