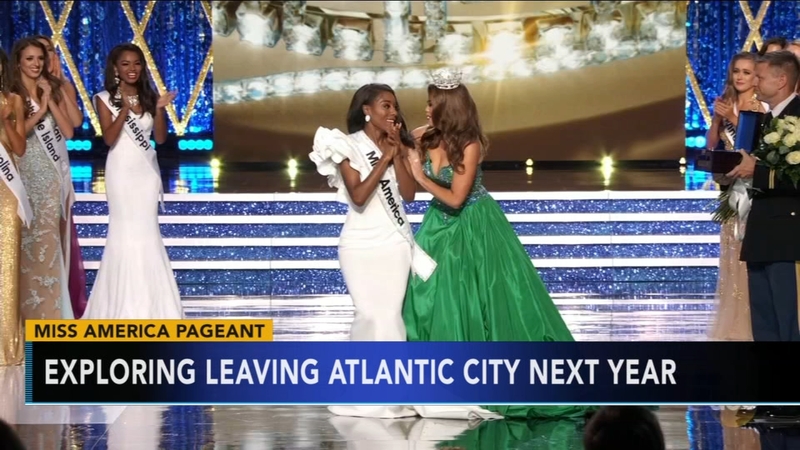 The Philadelphia Inquirer and Daily News and the Press of Atlantic City report the Miss America Organization is looking for cities around the country interested in hosting the competition.

The newspapers obtained the group's call for proposals from interested cities via a public records request to the Casino Reinvestment Development Authority, whose contract with Miss America has expired.

The authority contributed $12 million to the organization over the past three years, but it has not reached a deal on Miss America's funding requests for the 2020 and 2021 pageants.

"We have not responded to that," Matt Doherty, the authority's executive director, said. "They're shopping around for the best opportunities for Miss America."

A request for comment was sent to the Miss America Organization on Tuesday.

The exit is not assured. The Press of Atlantic City obtained an email from a Miss America official to the state agency in which the organization considers the idea of using venues in Atlantic City other than its current one to possibly reduce expenses.

City and state officials have expressed concern that Atlantic City might not be getting enough bang for its buck in sponsoring the pageant.

Under the development authority's previous contract with the pageant, Atlantic City was supposed to receive some benefits that were never delivered, the newspapers reported, including a cut to the city during the Dick Clark's New Year's Rockin' Eve telecast.

The Miss America Organization is seeking a venue with at least 3,000 seats. It has traditionally used Atlantic City's 12,000-seat Boardwalk Hall, but many seats remained empty during preliminary competition nights, and "seat fillers" were recruited to occupy chairs during the nationally televised finale, the newspapers reported.