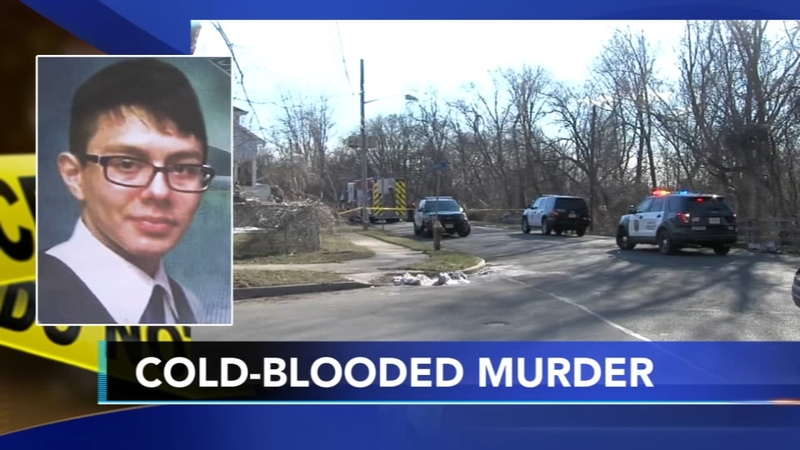 HAMILTON TWP., N.J. (WPVI) -- Danny Diaz-Delgado was laid to rest this past weekend, but his parents still cannot accept the fact that he is gone.

Diaz-Delgado, 20, of Trenton, N.J., was found face down and unresponsive with his hands tied behind his back and tape around his face on March 24. Officials said he suffered multiple gunshot wounds to the torso, head, and leg.

Danny's mom, Olga Diaz, says, "He was a good person who glowed with the love of God, and now he's dead. "

Investigators said it was two weeks prior when Diaz-Delgado found an online ad from someone, believed to be Rufus Thompson, 29, of Trenton, selling a used PlayStation PS4.

Danny left home that night to meet the seller, somewhere in East Ward section of the city.

The next day a passerby found Diaz-Delgado's body face down in the Assunpink Creek in nearby Hamilton Township.

He was bound with duct tape and an electrical cord and he had been shot repeatedly.

On Monday, Rufus Thompson appeared for a court hearing on charges including murder, robbery, and kidnapping.

Meanwhile, Olga Diaz says the world lost something special in her son.

"He was a warrior," she said. "We are a poor family and he always fought to better himself. He even said 'One day I will have a lot of money, Mom, and we will never be poor again.'"

When I asked Mrs. Diaz for her thoughts about the suspect, her answer was simple.

She said, "I want justice because every day it gets only harder to deal with this. Why would anyone do this to a person who never hurt anyone? Now though, my son is in a better place."