Officer under investigation for arrest in Millville 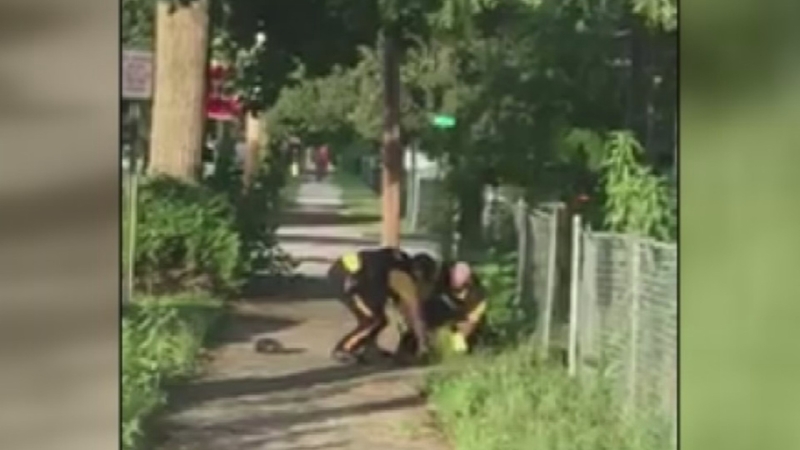 Officer under investigation after a man is arrested in Millville

MILLVILLE, N.J. (WPVI) -- A police officer is under official review for an arrest he made Tuesday night.

The incident under scrutiny was caught on camera before 7:30 p.m. in what police call a high crime section.

Police confronted a man they saw jay walking and they say he refused to cooperate with their demands.

He did not show them his ID, and a struggle ensued and eventually the suspect was wrestled to the sidewalk.

Then more rough stuff continued, according to the police's account, with an officer seen on cell phone video repeatedly striking Barry Cottman in the head as they tried to handcuff him.

"There was no need to stomp him like that. He has been arrested before in the past, and he has never resisted Millville police," she said.

When asked what happened Tuesday?

Jackson said, "Nothing but walking up the street...I didn't see it. I didn't witness it, just what was told to me, and what I saw on the video."

According to his relatives, Cottman was taken to the hospital for treatment of his injuries.

He will be charged with aggravated assault on police and related charges including jay walking.

In the meantime, Millville police are examining closely the handling of this by the police officer to see if his use of force was consistent with the department rules.