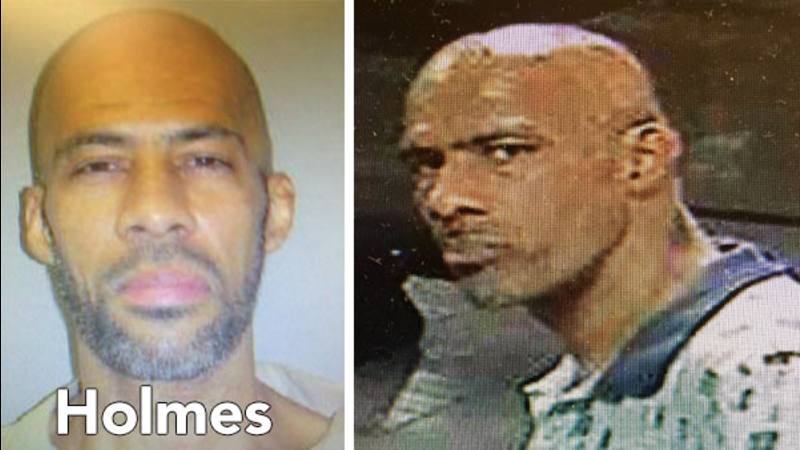 SOMERDALE, N.J. (WPVI) -- The man wanted for slashing tires on police and emergency vehicles in Somerdale, New Jersey has been arrested.

Edward Holmes III is accused of committing the vandalism around 1:30 a.m. Sunday at the Police and Municipal building.

According to investigators, Holmes was identified by Camden County police, who recognized him as the same man who came to them to report his bicycle had been stolen.

He was arrested shortly before 6 p.m. Tuesday at the Cathedral Kitchen on Federal Street in Camden.

In all, 13 vehicles were hit, including nine police cruisers. One car belonged to the fire marshal and three personal vehicles belonged to police officers.

"People do stuff like this, just do it because they get angry or something. It's scary, it's heartbreaking that anyone would stoop to that level," said Fire Marshal Joey Garufi.

Throughout the day Monday, a tow truck picked up the vehicles one by one and took them to be repaired. Police tell us the cost of replacing all the tires could top $9,000.

When they heard about what happened, the Leakan brothers wanted to do something to show their support for the police. So, they brought a basket full of treats and a card that reads 'sorry about your police cars.'

"Just crazy. People have just lost their minds. I don't know, it was very sad for us," said Shawn Leakan

Christopher Leakan, 6, dressed up as a Guardian of the Galaxy, wanting to help protect the officers.

"I feel bad for the policemen and firemen of course, because they protect this town and if their tires are flat and they can't go help anyone that's in trouble," said Daniel Leakan.