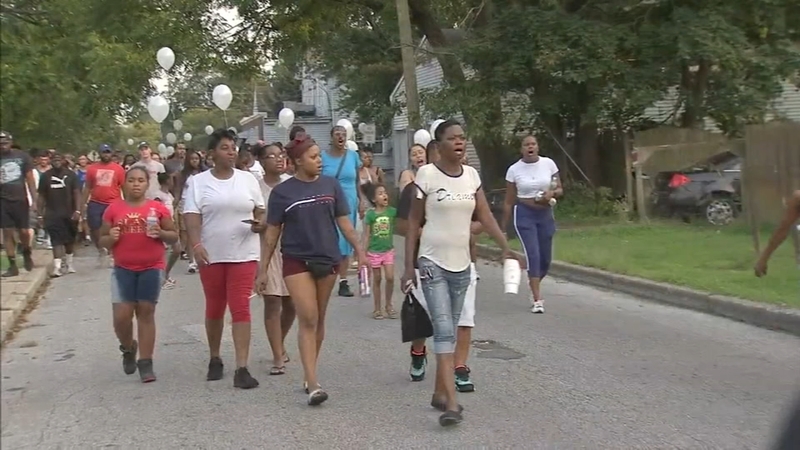 Police said around 6:45 p.m. Saturday night Randall was gunned down in the 200 block of West Buck Street. His mother said it happened just steps from his home.

"He was just a big teddy bear. To know him was to love him," said Danielle Davis, Randall's mother.

Family members said the fatal shooting may have stemmed from a fight over parking.

Investigators with the Gloucester County Prosecutor's Office said there was a physical fight before the shots were fired.

Tonight Randall's mother said she just learned her son was about to become a father.

Randall's family learned Monday the baby is a boy.

His mother had this message for his killer: "Me being a Christian woman, I have to forgive him to start my healing, so I forgive him. I want him to turn himself in. That way I can get justice and closure for my son."