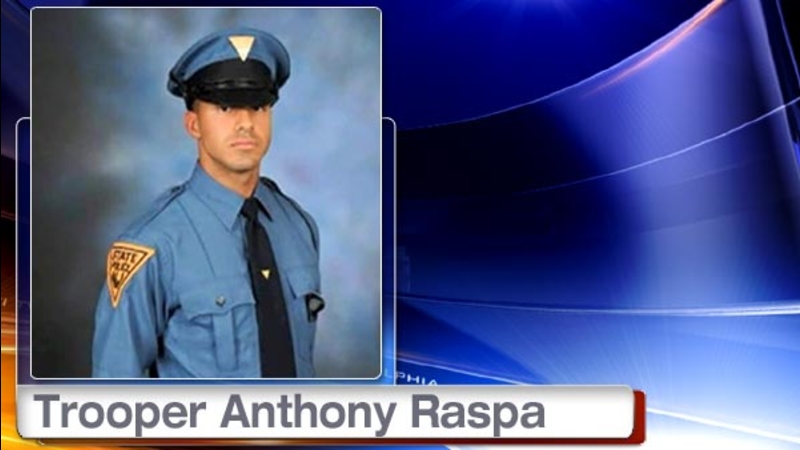 Trooper Raspa was a graduate of the 152nd academy class, which graduated in October, 2013. He lived in Middlesex County, New Jersey.

Investigators say the cruiser they were riding in hit a deer and went out of control.

"The car veered off the road into the woods striking some trees," said Captain Stephen Jones, New Jersey State Police.

Trooper Raspa was pronounced dead at the scene.

His partner Trooper Gene Hong, 29, suffered lacerations and a neck injury. He was treated at the hospital and later released.

In a statement his family says in part:

Anthony was passionate about law enforcement and took great pride being a NJ State Trooper. He will forever be in our minds and in our hearts.

His family says they appreciate the outpouring of love and support.

Officials say, this is the first line of duty death in the New Jersey State Police since James Hoopes died in 2012. Hoopes suffered a fatal heart attack during a training session.