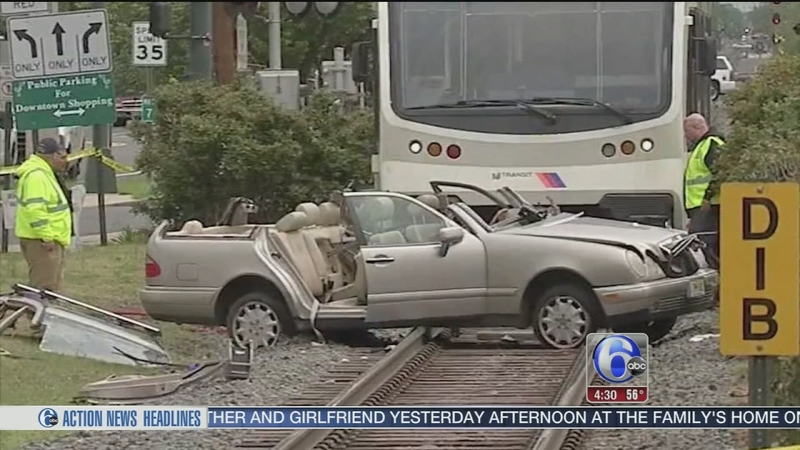 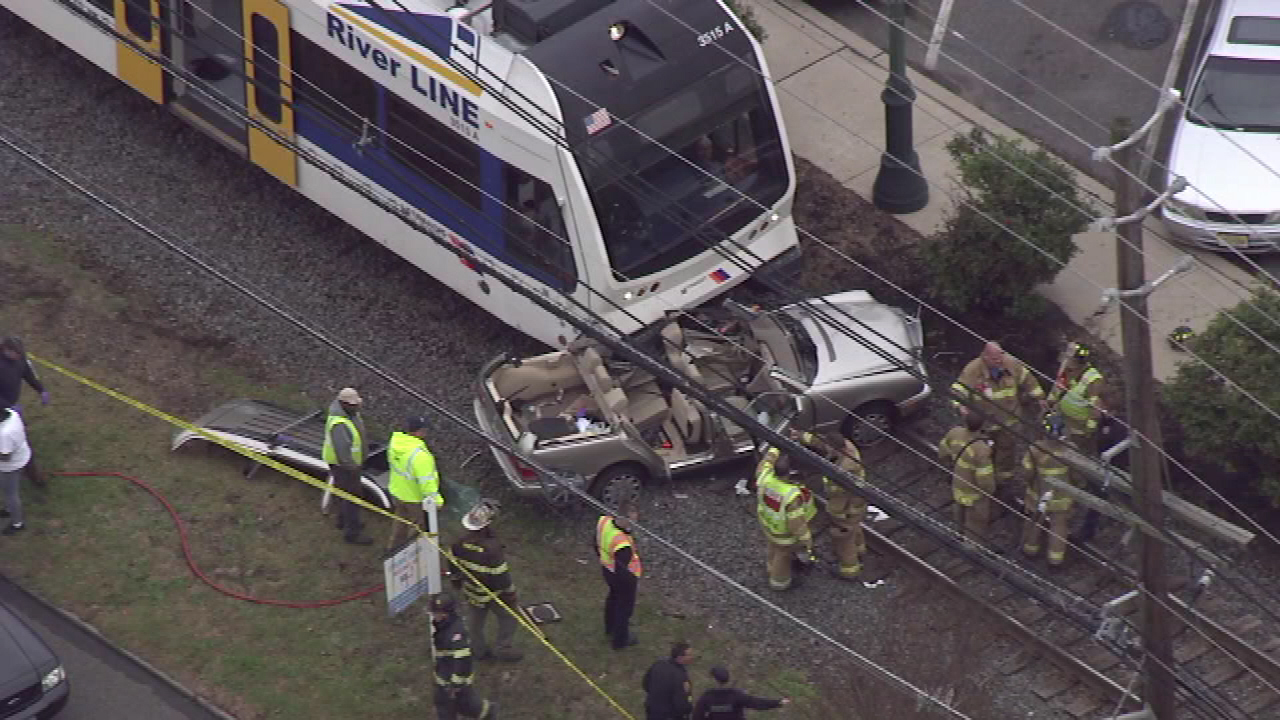 PHOTOS: NJ Transit crash in Riverton
Emergency crews were called to the scene of a crash involving a train and a vehicle in Riverton, Burlington County.

The collision occurred around 10:30 a.m. near the intersection of Main and Broad streets.

Action News is told the River LINE was slowing down as it was about to make a stop at Riverton.

Passengers aboard the southbound train say they were pretty certain the railroad crossing signal was working as they watched in horror a gold car pull into the River LINE's path.

NJ Transit officials say there were 35 passengers aboard the train.

"We were on the train and we heard a big thud. It shook everyone up on the train. We look out the window and there's a Mercedes Benz stuck under the front of the River LINE," train passenger Tracy Brown said.

Emergency crews are on the scene of a crash involving a train and a vehicle in Riverton, Burlington County.

They cut out of the gold Mercedes station wagon an elderly couple. 92-year-old Joseph and 79-year-old Lilian Corso.

The grinding crash was witnessed by many having breakfast at the nearby Orange Blossom Cafe, where the couple often dines.

"Regulars. They come here all the time. It makes us sad and upset," owner Grace Scheffier said.

Two passengers aboard the River LINE were also taken to Cooper with non-life-threatening injuries.

NJ Tranist says driver of car has been given a summons for careless driving.