WPVI
CHERRY HILL, New Jersey (WPVI) -- A woman was killed during the first of two early morning crashes on the New Jersey Turnpike.

Action News is told a couple from North Carolina along with their 7-year-old daughter were traveling on the Turnpike through Cherry Hill around 1 a.m. Saturday.

Authorities said the man lost control of the vehicle and crashed into the rear of a flatbed tow truck.

The woman was pronounced dead at the scene.

The man and the young girl were taken to Cooper University Hospital in stable condition.

While an Action News photographer was at the scene of the fatal crash, there was a second accident. 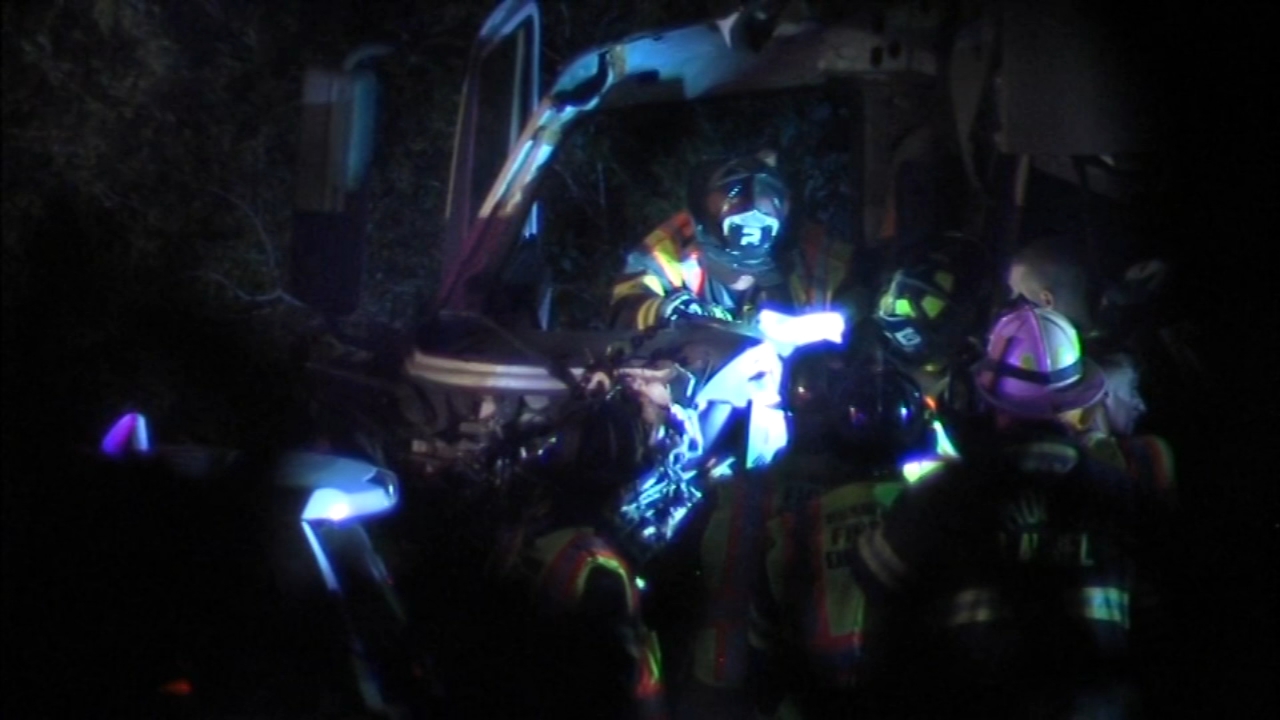 Police said the driver of a tractor trailer was approaching the scene around 3 a.m. and found himself unable to stop.

He swerved and hit another tractor trailer that was stopped in traffic due to the fatal crash.

His wife and daughter were also in the vehicle with him, but were able to make it out safely.

Our Action News photographer along with the driver who was in the truck that was hit tried to free the man.

Firefighters arrived on the scene and were able to get him out of the tractor trailer.

The man, his wife, and their daughter were taken to the hospital in stable condition.
Report a correction or typo
Related topics:
trafficcherry hillnew jersey turnpikeaccidentcrash
Copyright © 2021 WPVI-TV. All Rights Reserved.
More Videos
From CNN Newsource affiliates
TOP STORIES