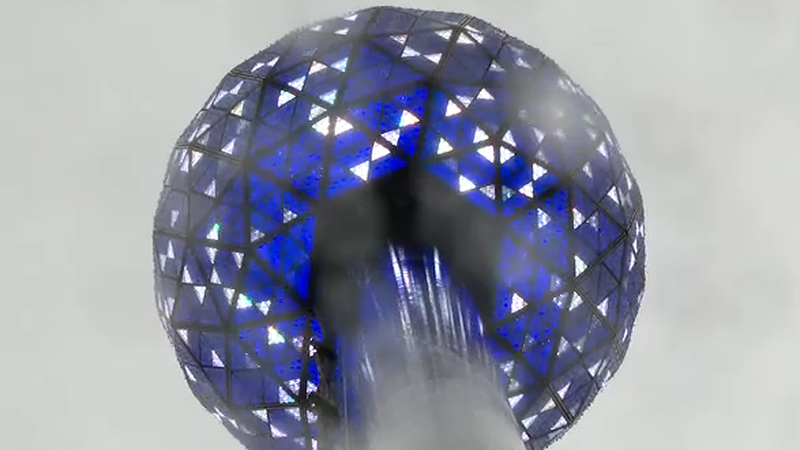 TIMES SQUARE, Manhattan -- In final preparation for New Year's Eve, the iconic Times Square ball was illuminated and sent up the 130-foot pole atop One Times Square on Monday.

The ball is capable of displaying a palette of more than 16 million colors and billions of patterns that create the kaleidoscope effect atop One Times Square.

Joining the ball test were some of this year's special guests, including teacher Jared Fox and students Ricardo Herrera and Daniel Soto.

The teachers and students are being honored in recognition of original innovative ideas developed to address the climate crisis.

On Friday, workers put the finishing touches on the New Year's Eve Ball with the installation of 192 new Waterford crystals.

This year's design celebrates the "Gift of Goodwill," utilizing three pineapple cuts signifying the traditional image of hospitality and goodwill.