WPVI
LOGAN (WPVI) -- Philadelphia police have made an arrest in a deadly robbery that occurred in the city's Logan section last week.

Police say Pedro Redding, 22, of Hunting Park is under arrest for robbery and murder are closing in on his three alleged cohorts.

The charges stem from the robbery and killing of 22-year-old Kiesha Jenkins described by police as a transgender prostitute who was murdered last Tuesday at 13th and Wingohocking in the Hunting Park section.

Redding has told police he engaged in beating Jenkins, but someone else, he claims, shot her twice in the head during a struggle.

"The suspect gave a full statement to detectives that himself and three of his friends attempted to rob Kiesha and, during this robbery, one of the males pulled out a gun shooting and killing her," Philadelphia Police Captain James Clark said.

Police say there is no evidence at this point that Jenkins was targeted because she was transgender, but rather because she was a known prostitute in that 13th and Wingohocking area and widely believed to be carrying plenty of cash.

"Our information is Pedro Redding and his associates live in the area and they know what goes on in that area. There are a lot of transgender individuals that frequent that area, so yes, they did know," Clark said.

City Hall's Director of LGBT Affairs Helen Fitzpatrick says state charges may not be strong enough to charge a hate crime and that is part of the problem.

"Remember she is a person. What does it matter what her ID card said? It does not matter. It doesn't make her life less," Fitzpatrick said.

Police have confirmed that Redding was arrested several years ago for an alleged robbery against another transgender person, but the charges were dropped when the victim failed to appear for court.

Anyone with information pertaining to the identity and/or whereabouts of the other suspects is urged to contact Philadelphia Police.
Related topics:
transgenderphilly newsbeatingshooting
Copyright © 2020 WPVI-TV. All Rights Reserved.
RELATED 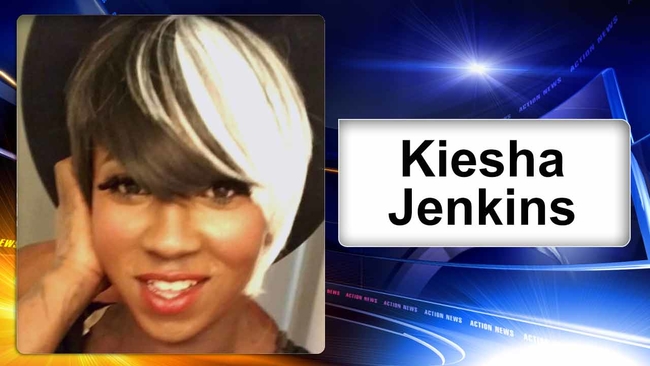