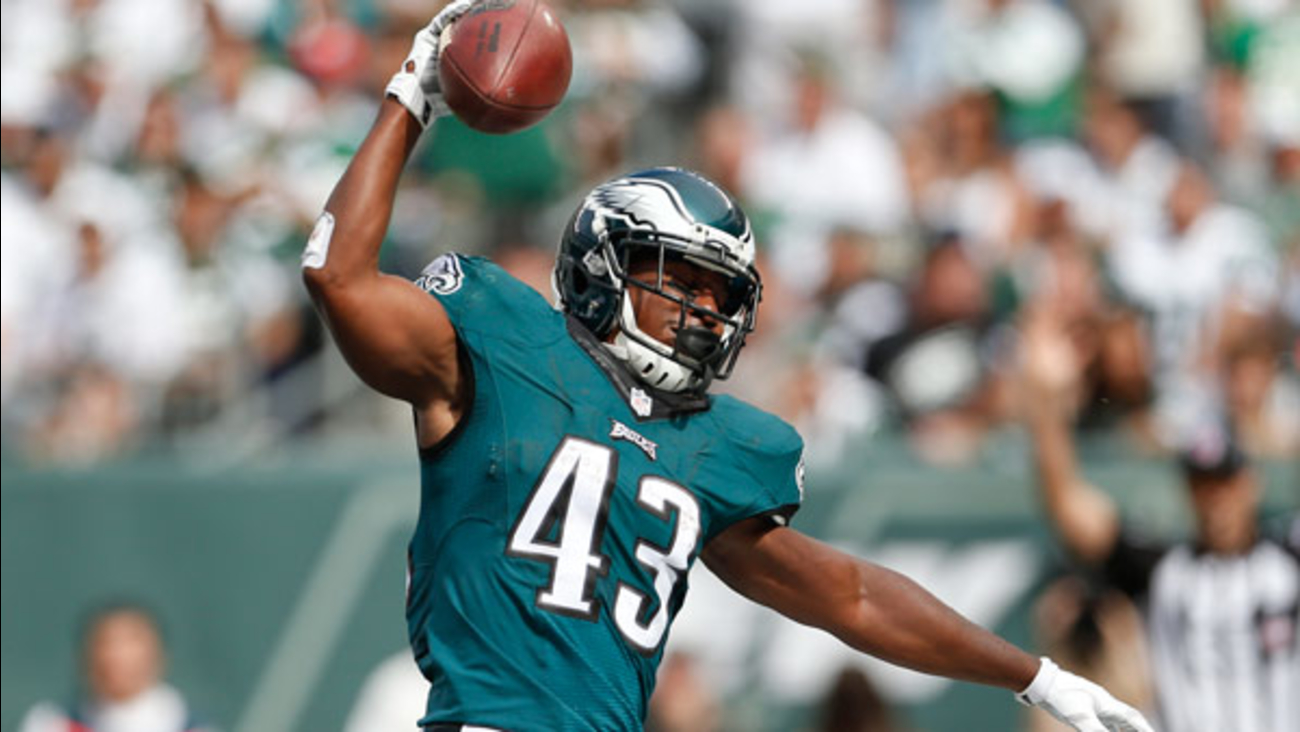 Jenkins anchors the secondary and provides versatility playing both safety and cornerback. Sproles is a dynamic player who is a threat to go the distance every time he touches the ball.

On Sunday, they get to play the Saints in a matchup of 1-3 teams. No surprise both players downplayed the game.

"I try not to make it personal," Jenkins said. "I'm not the first player to get let go by a team and I won't be the last. I don't need extra motivation to get ready for this game."

Sproles called it "just another week."

Even though the Saints chose not to re-sign Jenkins and traded Sproles, coach Sean Payton appreciated having them.

Jenkins was a first-round pick in 2009 and played nickel cornerback on a team that won the Super Bowl. He later switched to safety and fills that role in Philadelphia, but he's also playing the nickel spot more this season.

"He is a real selfless player," Kelly said. "He will do whatever is asked of him to contribute to the team."

Perhaps no one in New Orleans misses Sproles more than Drew Brees. Sproles averaged 77 catches coming out of the backfield in his three seasons with the Saints.

"He is such an explosive player, such a versatile guy," Brees said. "We knew from a game-plan perspective going up against defenses that they had to have a plan for Darren Sproles."

Sproles has three punt returns for touchdowns with the Eagles. He set up the winning field goal in the playoff game with a 39-yard kick return after Philadelphia went ahead late in the fourth quarter.

Kelly knew he had to have him on his team.

"I have not been around a player with his work ethic," Kelly said. "There is no such thing as a walkthrough with Darren. Everything is full speed. He just has an unbelievable work capacity and he is always pushing himself to get better. He is an amazing guy to be around and a great example for our younger players."