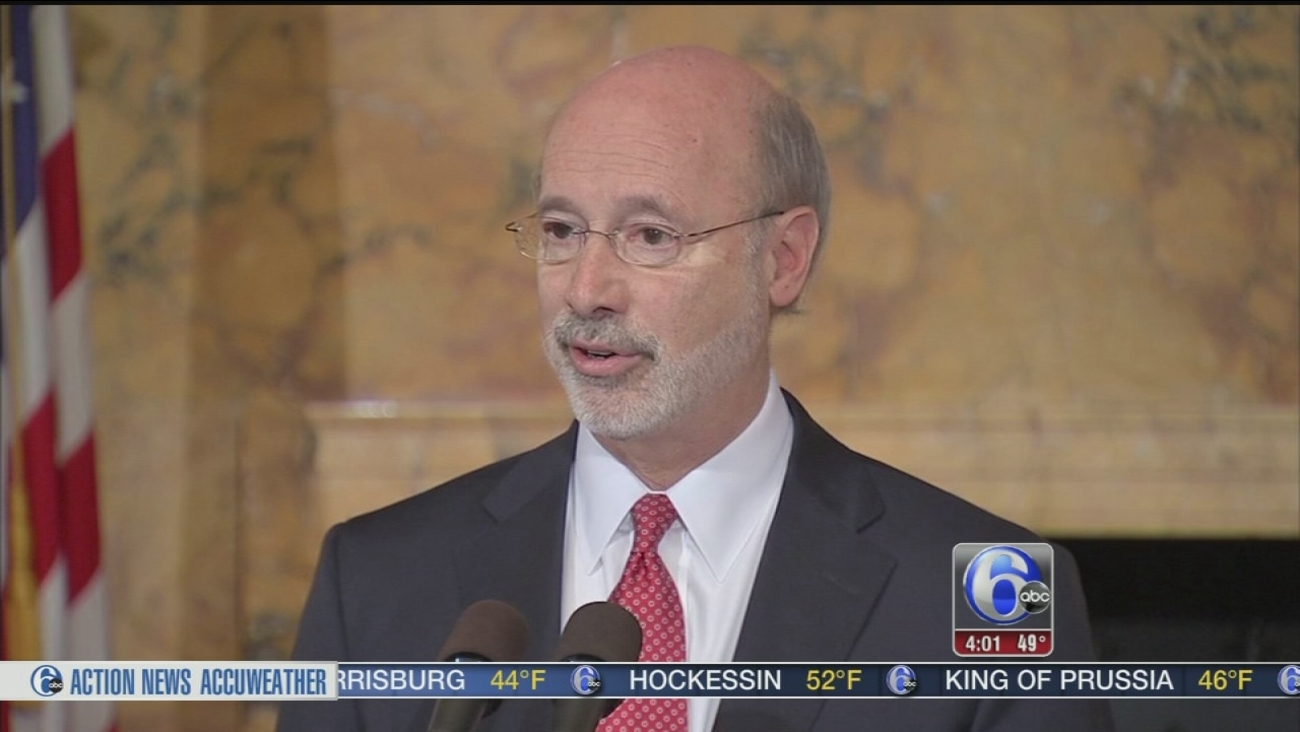 Governor Tom Wolf had some heated and pointed words for lawmakers in Harrisburg on Tuesday as the budget battle took a new turn. (WPVI)

HARRISBURG, Pa. -- Pennsylvania lawmakers are going back to work for the first time since budget negotiations collapsed just before Christmas.

The Senate is holding a regular session day Tuesday and the House is in a non-voting session.

Last week, Wolf approved most of the $30.3 billion Republican spending plan enacted Dec. 23, releasing billions in overdue payments for schools and social services while vetoing other items that he called "garbage." He sharply criticized the GOP for not approving new spending for public schools and deficit reduction in a $30.8 billion bipartisan deal that called for a $1 billion-plus tax increase.
Related topics:
budgetpa. newspennsylvania
Copyright © 2021 by The Associated Press. All Rights Reserved.
More Videos
From CNN Newsource affiliates
TOP STORIES