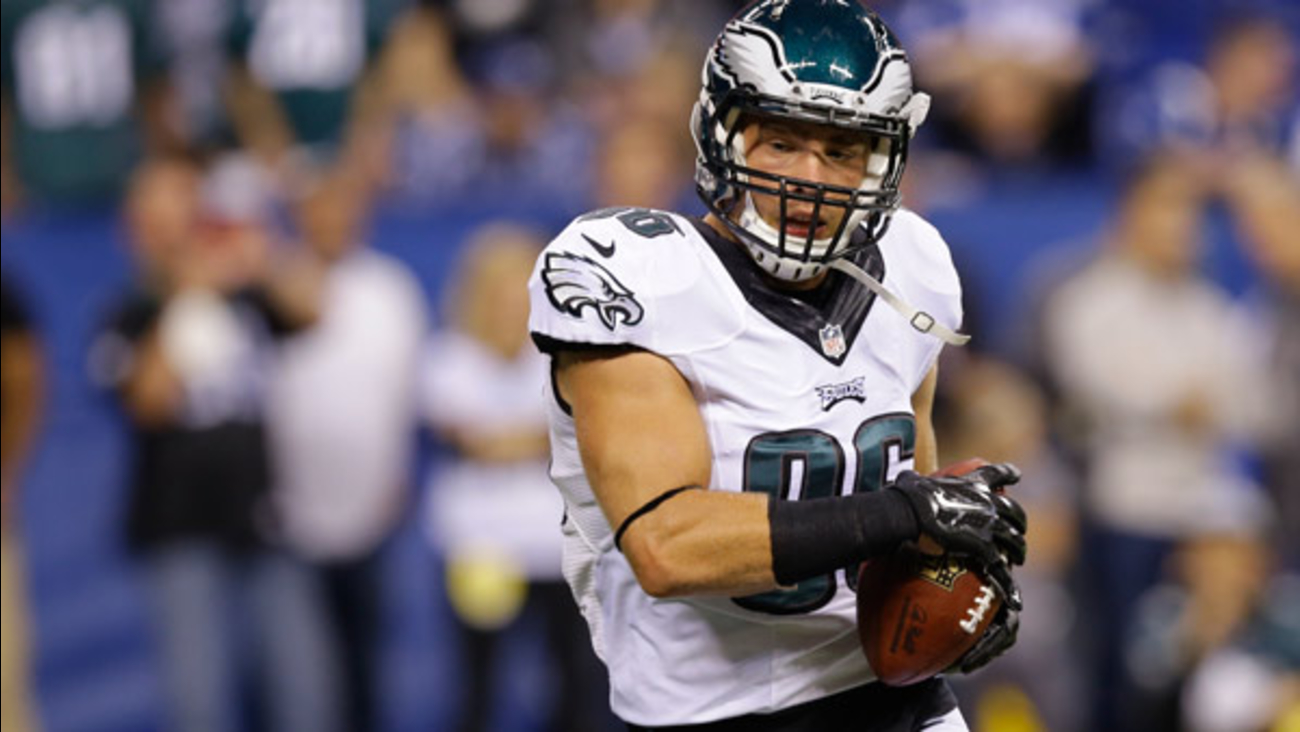 PHILADELPHIA -- The Philadelphia Eagles have signed tight end Zach Ertz to a five-year contract extension through the 2021 season.

Ertz set career highs this season with 75 receptions and 853 yards receiving, finishing second on the team in both categories. Originally a second-round draft pick of the Eagles in 2013, Ertz has 169 catches for 2,024 yards receiving and nine touchdowns. His 75 catches in 2015 marked the third-highest single-season total by a tight end in franchise history, and his 169 receptions is the second most by an Eagles tight end through the first three years of his career.

Ertz set a single-game franchise record in 2014 with 15 receptions at Washington. His 15 receptions also tied for the second-highest total by an NFL tight end since 1960.

Ertz played in 38 games for Stanford and was a unanimous All-American selection as a junior in 2012.