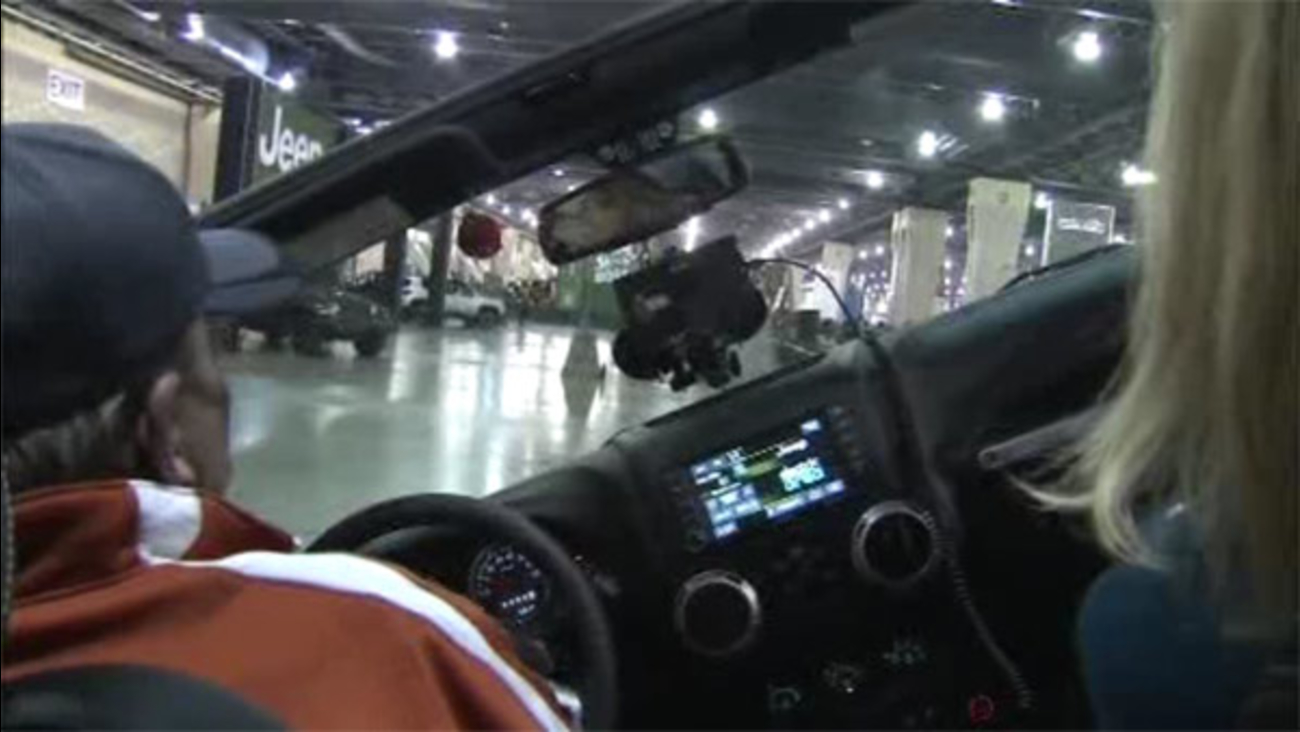 The Philadelphia Auto Show was the place to be on Saturday.

CENTER CITY (WPVI) -- Whether you're car shopping or just trying to shake off the cabin fever, the Philadelphia Auto Show was the place to be on Saturday.

Among the beautiful Bentley's and Maserati's, we found an aspiring engineer - like a kid in a candy store.

"My hopes and dreams are to one day work with cars and kind of design a new engine," said Samuel Engel of Williamsport, Pennsylvania.

Still, being around cars that cost hundreds of thousands of dollars is intimidating.

"I make sure that I stay far enough back that my jacket doesn't reach out and touch it or anything," said Engel.

But with 700 vehicles here at the Pennsylvania Convention Center, there's something for almost every price range.

"You can touch them, feel them, you can put your family in the SUV and see how they fit and see all the features," said Auto Show Executive Director Kevin Mazzucola. "You can't do that any other way like you can at the auto show."

The England family from Warminster was there to do just that.

"Now that we have three kids we kind of have to stay away from the smaller vehicles and go larger, so yeah we were looking around seeing if we see anything we like," said Emma England.

Five-year-old Trevor England, however, had his eye on the Jeep Kids Course where he could take the wheel.

"Driving around and bumping into my sister," said Trevor.

"We were riding over many bumps, we went over logs. It was exciting because the car was bouncing around," said Gerry Bennett of Yardley, Pennsylvania.

Some folks were just fine with two wheels. Seventeen-year-old Paul Senior hopped on a Harley Davidson for the first time, vowing to have one of his own someday.