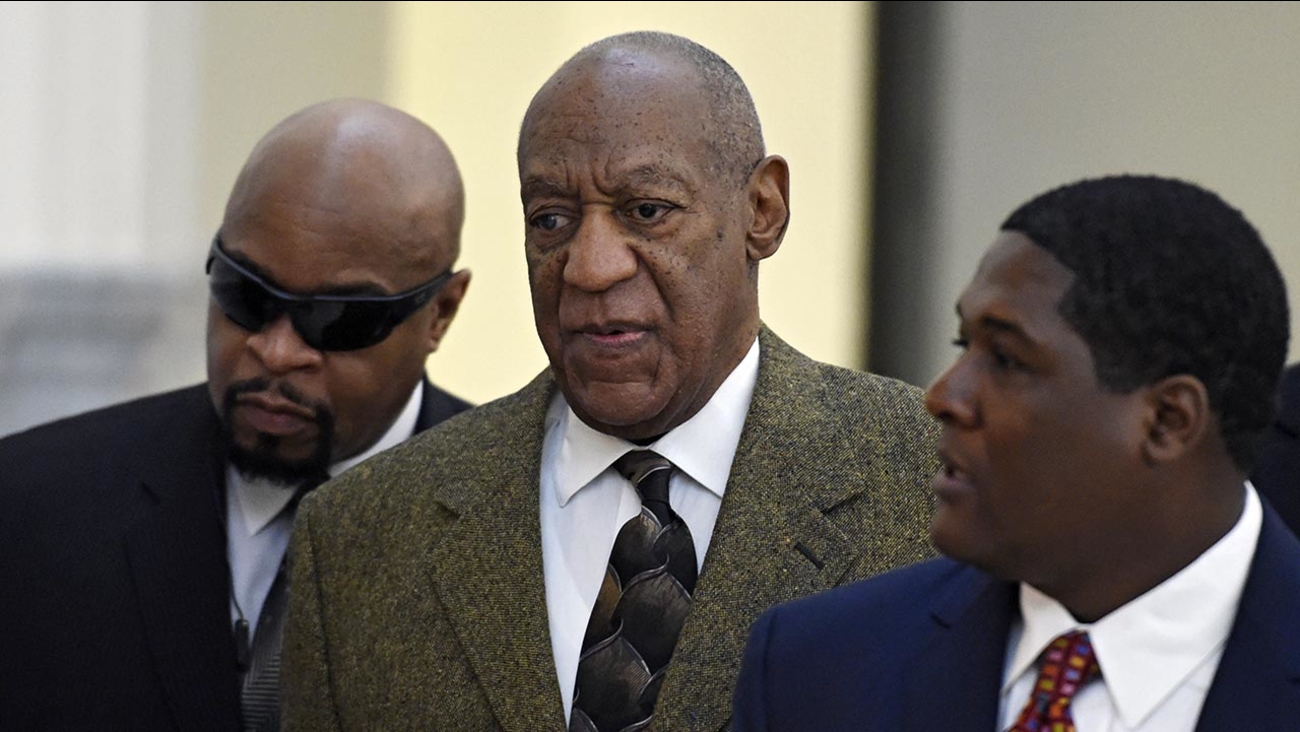 LOS ANGELES -- A judge on Tuesday dismissed model Janice Dickinson's defamation claim filed against Bill Cosby's former lawyer for denying her allegations that the comedian had drugged and raped her in 1982.

However, Los Angeles County Superior Court Judge Debre Katz Weintraub did not dismiss defamation allegations made against Cosby in the same lawsuit.

Weintraub ruled that Dickinson cannot sue attorney Martin Singer because his denial of her allegations was known to her at the time she sued Cosby in May.

Dickinson's lawyers later amended her lawsuit to add the defamation allegations against Singer.

"We are very pleased with the ruling," Singer's attorney Andrew Brettler said. "We believe the court got it right."

Also on Tuesday, Cosby's lawyers asked that a separate defamation lawsuit filed in federal court in Massachusetts be put on hold while he defends himself in a criminal case in Pennsylvania, where he is accused of drugging and sexually assaulting a woman at his suburban Philadelphia home in 2004.

In the Massachusetts case, seven women allege that Cosby defamed them when his representatives branded them as liars after they went public with allegations he sexually assaulted them decades ago. Cosby has denied their allegations and has filed a countersuit against them.

Dickinson has said Cosby drugged and raped her in Lake Tahoe, California, in 1982. She never reported the rape to authorities and has said she was afraid if she did that her career would be damaged and Cosby would retaliate.

The statute of limitations has passed on suing for rape or other allegations directly related to the incident.

Dickinson is one of dozens of women who have accused Cosby of sexual abuse dating back to the 1960s.

A Feb. 29 hearing was set on a motion by Cosby's lawyers to dismiss the rest of the suit.