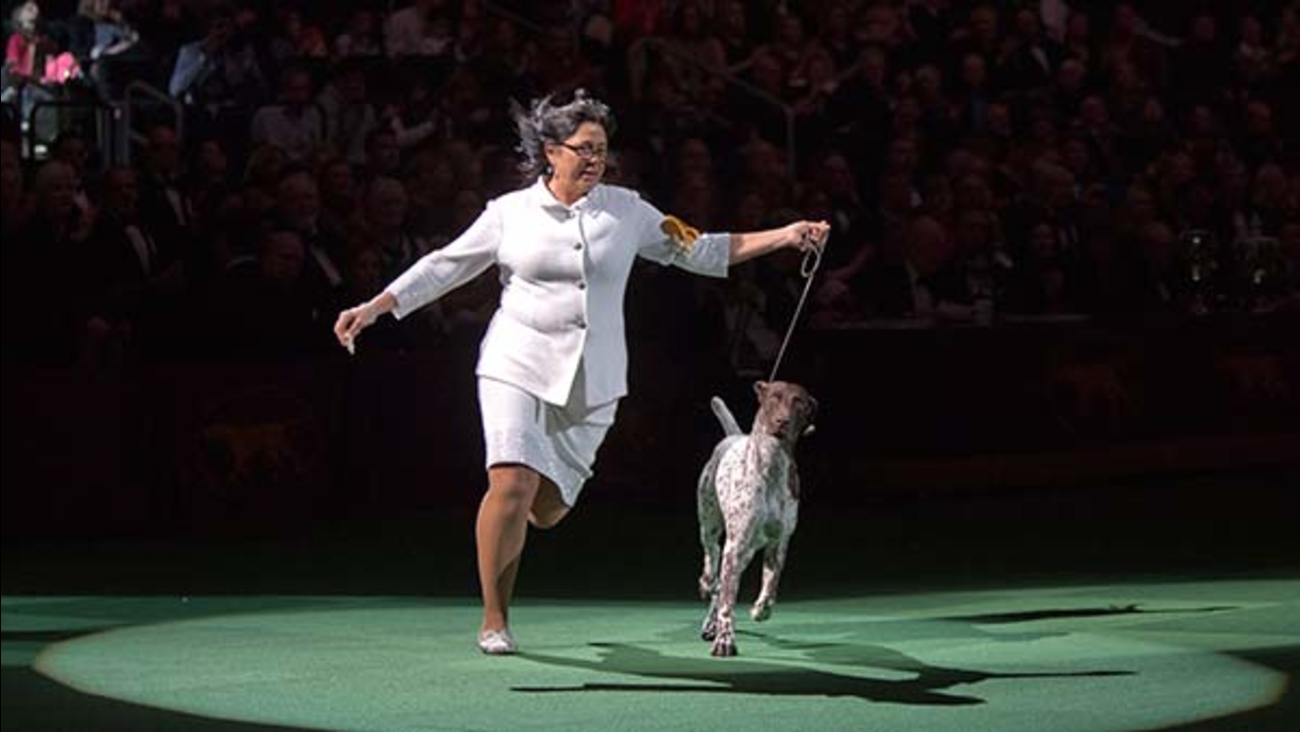 CJ, a German shorthaired pointer, is shown in the ring during the Best in Show competition at the 140th Westminster Kennel Club dog show. CJ won Best in Show. (AP Photo/Mary Altaff)

The 3-year-old CJ bested 2,751 other entries in 199 breeds and varieties to win the nation's most prestigious dog competition.

CJ certainly came from championship stock. His grandmother, Carlee, was one of two previous German shorthaired pointers to win Westminster, taking the title in 2005.

CJ also topped a Skye terrier, German shepherd, bulldog, shih tzu and Samoyed to win the prized silver bowl. There is no prize money for the win, but there are valuable breeding rights in the near future and a legacy in dogdom forever.

Charlie the Skye terrier finished second at Westminster last year to Miss P the beagle. Rumor the German shepherd was ranked as the No. 1 show dog in the country last year and had won 101 times.

Dog fanciers cheered judge Richard Meen's choice. The fan favorite earlier in the night was a large Leonberger, who wanted a treat and kept gnawing at his handler's suit pocket all the way around the ring.

This was the 18th overall best in show win for CJ, whose initials stand for his path from the West Coast - quite a California Journey, it was.

Earlier in the day, handler Valerie Nunes Atkinson explained what made CJ so special.

CJ has his rituals, too. Before romping around the ring, he usually bows down and sneezes.

After the victory, Atkinson kept kissing CJ while looking into his golden, winning eyes.