PHOTOS: 'Watcher' house in New Jersey back on the market

WPVI
1 / 24
Pictured: $1.25 million home in Westfield, New Jersey (Courtesy: Westfield Realty)
ELIZABETH, N.J. (WPVI) -- A New Jersey home supposedly stalked by an anonymous creepy-letter writer who goes by "The Watcher" is back on the market.

The current owners, a married couple with three children, bought it in June 2014 for nearly $1.4 million. But they refused to move in due to eerie letters they say they received from a person with a "mentally disturbed fixation" on the home.

The couple took the house off the market last summer after suing the previous owners. But they put the house up for sale again last week. 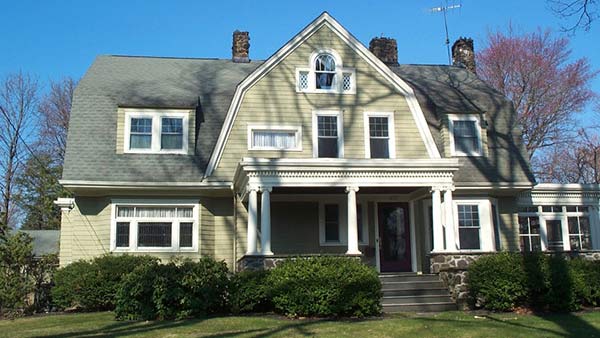 The lawyer for the family, Lee Levitt, told 6abc.com, "It's a great house, these are great people, and they just want to move on with their lives. They never wanted any of this. They wanted to buy their dream house."

The six-bedroom, 3-bathroom home is in Westfield, 25 miles west of New York City. According to an online post, it has high ceilings, fireplaces and "elegant foyers," and sits on nearly a half-acre.

The listing price is $1.25 million, and details can be seen on WestfieldRealtyNJ.com.

The current owners, Derek and Maria Broaddus, claim in their suit that they should have been warned about the letter writer. They want the former owners to refund them the purchase price and pay punitive damages.

They claim one of the letters they received read: "Do you need to fill the house with the young blood I requested? Once I know their names I will call to them and draw them too (sic) me." The person signs the letters as "The Watcher."

In their suit, they claim they are unable to live in the home "without extreme anxiety and fear for their children's safety and wellbeing."

The former owners, John and Andrea Woods, have called the couple's account fiction and moved earlier this year to have the suit dismissed. But no decision has been made on that request.

The Woods said in a court filing that they received a single anonymous note days before the closing, but they deny the note was disturbing or claimed an ownership right to the home.
Related topics:
real estateelizabethnew jersey newsreal estate
Copyright © 2021 WPVI-TV. All Rights Reserved.
More Videos
From CNN Newsource affiliates
TOP STORIES