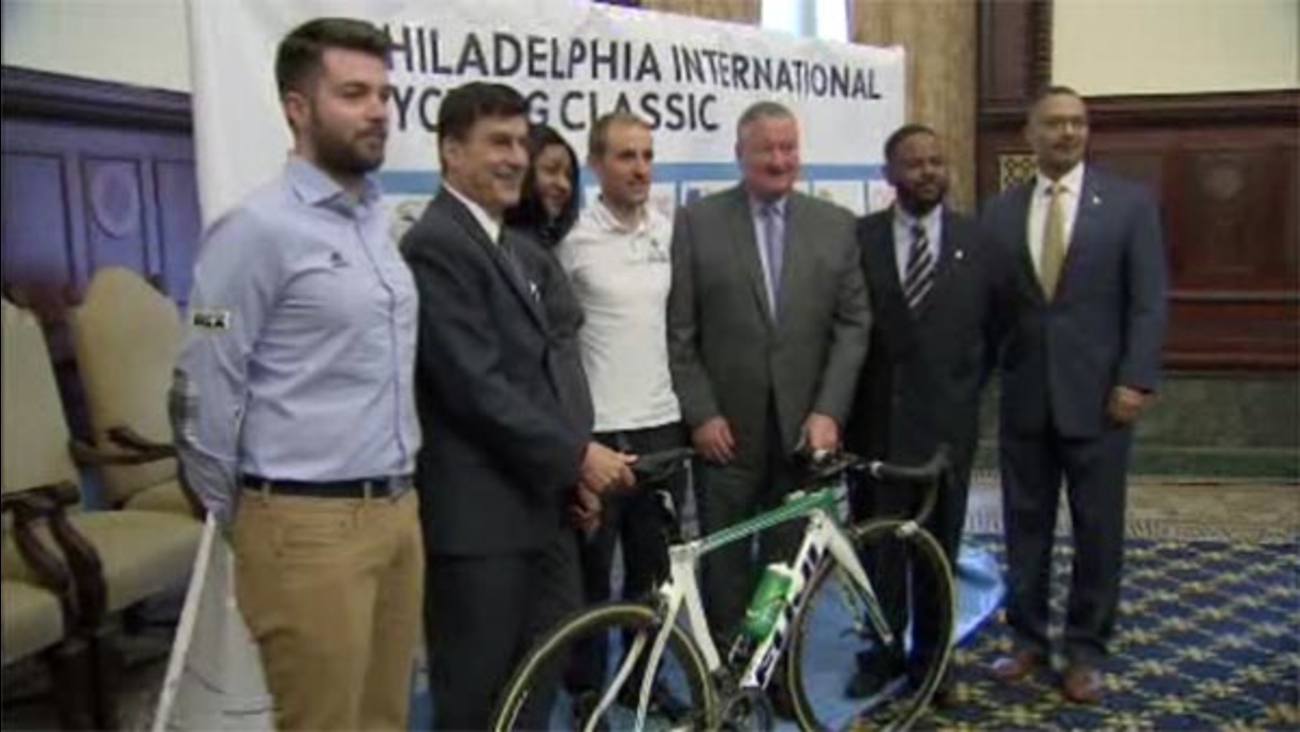 PHILADELPHIA -- Dozens of elite cyclists will take to the streets of Philadelphia on Sunday.

Mayor Kenney was among the city leaders on hand at a press conference Friday to detail the Philadelphia International Cycling Classic.

Thousands of fans will line the streets to cheer them on.

There will be a number of road closures during the race:

On Sunday, June 5, 2016, the Philly International Cycling Classic will take place. Due to the event, the following restrictions will be effective within the city from 5:00 AM until approximately 5:00 PM:

The entire length of Kelly Drive will be completely closed to all traffic (Park Trolleys included) and parking. The Inner Drive of the Benjamin Franklin Parkway will be closed from 20th Street to Eakins Oval. Cross traffic will be permitted on 20th, 21st, and 22nd Streets.

There will be no vehicle access (including trolleys) to the Lemon Hill, Mount Pleasant, and Ormiston Mansions. Residents of these houses will not be permitted to drive vehicles on roads of the race course after 6:30 AM.

There will be no vehicle access to the Dairy and Edgely ball fields.

Vehicles (including bicycles) will not be permitted to enter the park at Dauphin Drive.

Vehicles entering at Diamond Drive will be given access up to Reservoir Drive only.

Vehicles entering the park at Oxford Drive will be permitted as far as Smith Playground only.

There will be no access to the Park from Hunting Park Avenue, the Roosevelt Expressway or Midvale Avenue.

There will be no parking on Waterworks Drive, or Lemon Hill.

It is strongly recommended that all persons coming to the Art Museum utilize public transportation.