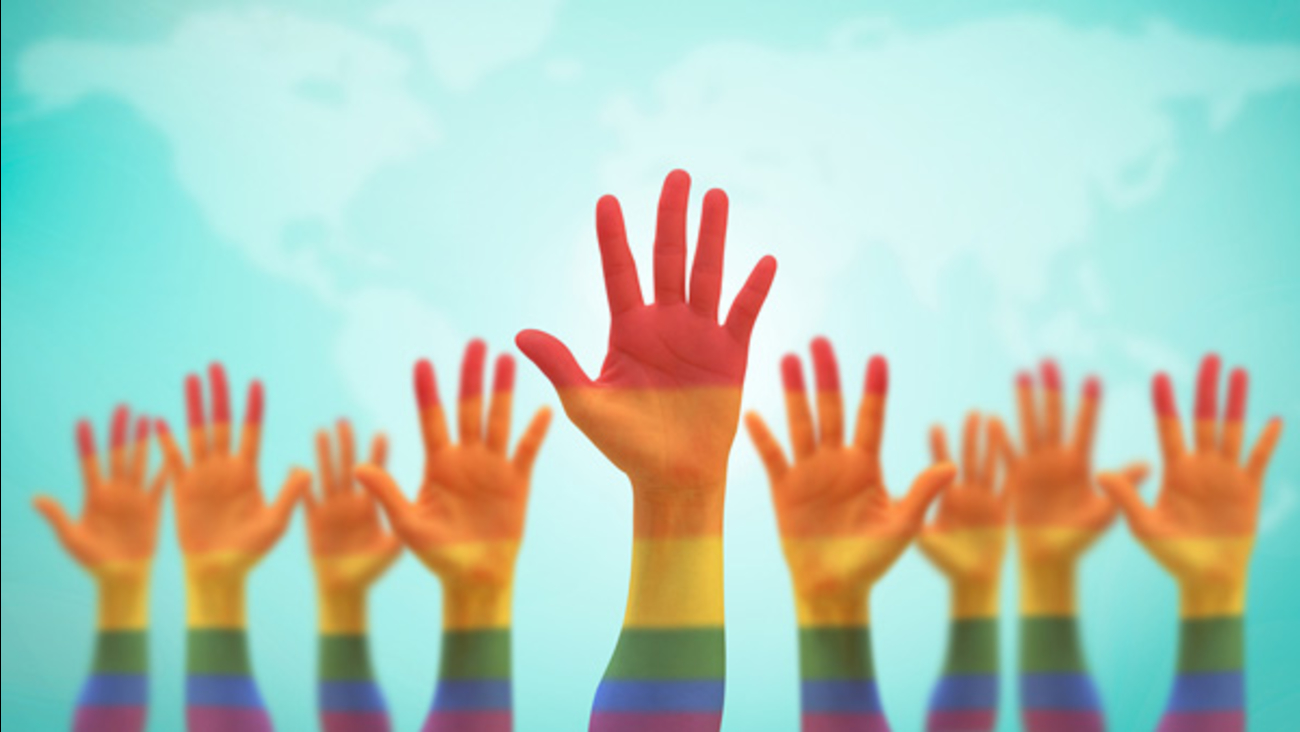 NEW YORK, N.Y. (WPVI) -- Gay, lesbian and bisexual high school students are far more likely than their classmates to be raped or assaulted in a dating situation, according to the first national survey of its kind.

The research also found gay teens were far more likely to have attempted suicide, taken illegal drugs and engaged in other risky behaviors.

The finding echoes results of smaller surveys and findings from advocacy groups, but it is the first government survey to look at the issues across the entire country.

For years, advocacy groups have been saying gay and lesbian kids are more often bullied, ostracized and at high risk for many other problems.

But earlier research by the government was limited to a small number of states and cities. The new survey includes students in rural areas and other parts of the U.S.

"This is the first time we can say that nationwide these are consistent challenges faced by lesbian, gay and bi- youth," said David W. Bond of The Trevor Project, a national suicide-prevention organization focused on gay, lesbian, bisexual and transgender youth.

Shontay Richardson says the survey reflects her experience in high school. "There's of course the physical bullying, but also the emotional bullying that takes place," she said.

Now 24 and a graduate student at Purchase College in suburban New York, she says she was lesbian but tried to hide it from her classmates.

Still, she was seen as different. She was ostracized by her classmates and sexually assaulted by a boy she knew, she said.

The research results are based on responses from about 15,600 students to an anonymous survey conducted last year by the Centers for Disease Control and Prevention. The CDC released the report Thursday.

That suggests that of the 16 million students who attended public and private high schools last year, roughly 321,000 were gay or lesbian and 964,000 were bisexual, CDC officials said.

-Nearly 1 in 5 of the gay, lesbian and bisexual students said they'd been raped at some point in their lives, compared to 1 in 20 heterosexual students.

-Nearly 1 in 5 who had gone out with someone in the past year said their date had hit them, slammed them against a wall, or committed some other form of physical violence. That was more than twice what straight kids reported.

-About 1 in 3 said they had been bullied at school, while 1 in 5 straight kids had.

-More than 1 in 10 said they'd missed school the past month because of safety concerns. Less than 1 in 20 heterosexual kids reported that.

-More than 1 in 4 said they has attempted suicide in the previous 12 months. In contrast, about 1 in 16 straight kids reported recent suicide attempts.