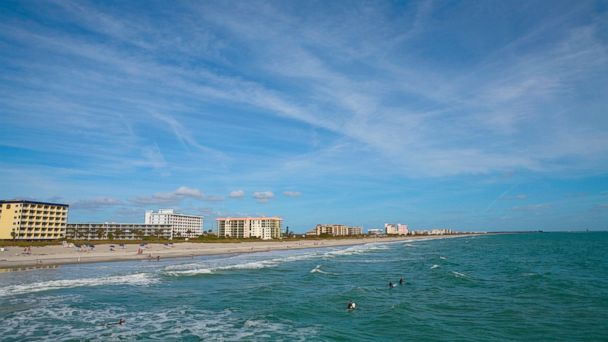 One attack happened to a 19-year-old woman in waist-deep water in New Smyrna when a shark bit her foot, according to Volusia County Beach Safety Ocean Rescue. ABC affiliate WFTV reported that the injury was minor and that the woman was treated on site.

On the same day, a 14-year-old girl's foot was bitten by a shark near International Palms Resort in Cocoa Beach, officials said. She was treated at a local hospital.

The two attacks are raising concerns as beach goers hit the water this summer. There have been sightings on both coasts, from Washington state to Florida.

Last year, saw 52 shark attacks, according to the University of Florida International Shark Attack File. This year, even before summer's start, there have been eight attacks. One of them in Maui, Hawaii, was fatal -- the first shark-related death in the U.S. since 2013.