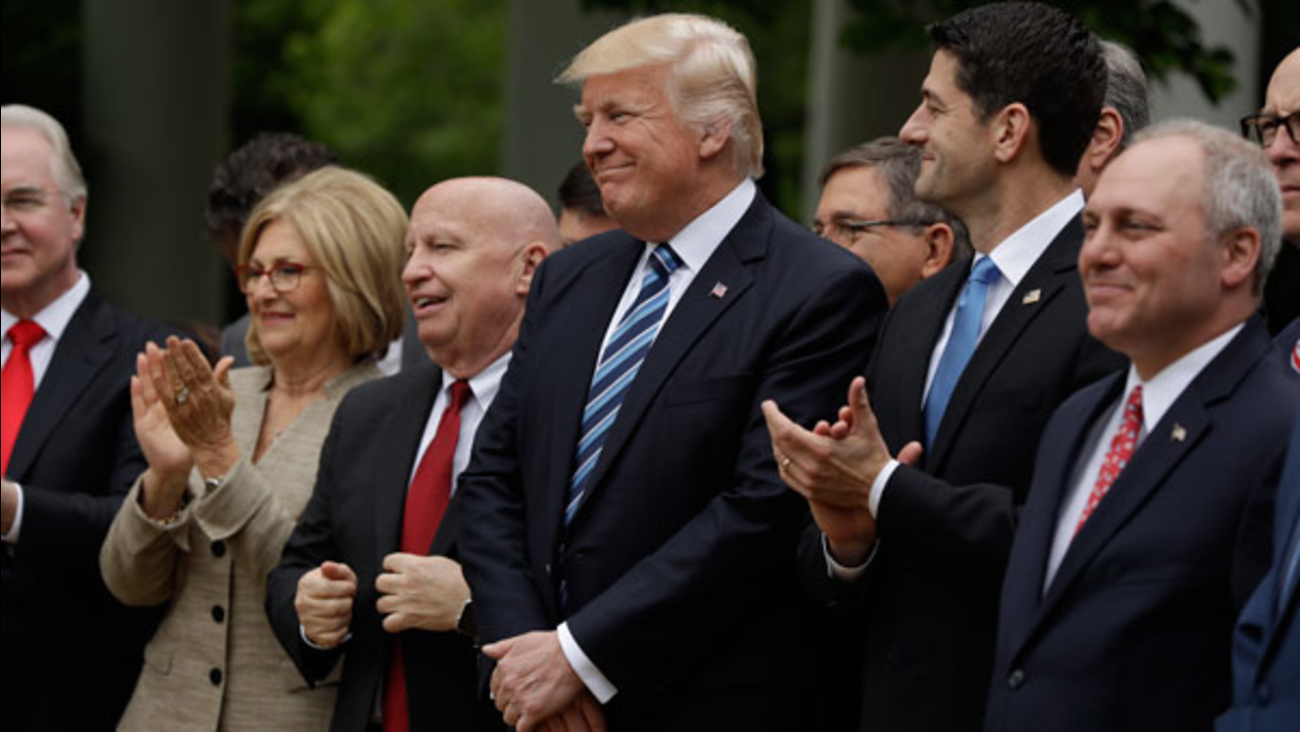 WASHINGTON -- The health care bill Republicans have pushed through the House would leave 23 million additional people uninsured in 2026 compared to President Barack Obama's health care law, the Congressional Budget Office said Wednesday. The GOP bill would lower average premiums, but in part that would be because coverage would typically be skimpier.

In a blow to Republicans, the nonpartisan analysts were also critical of 11th-hour provisions that GOP leaders had added to pick up votes and assure the bill's passage. Letting states get federal waivers so insurers could charge higher premiums for people with pre-existing medical conditions would mean those consumers would "ultimately be unable to purchase" comprehensive coverage at prices comparable to today's costs, "if they could purchase at all."

The report was the budget office's first analysis of the GOP health care overhaul that the House narrowly approved this month with only Republican votes. Two budget office reports in March on initial versions of the bill projected that 24 million people would lose coverage, and that premiums would rise over the next two years but fall by 2026.

Wednesday's analysis seemed to offer political ammunition for both parties. Democrats have savaged the GOP bill for tossing people off their coverage, threatening their benefits and jeopardizing coverage for people with serious, costly to treat medical conditions. Many Republicans have said they are largely focused on steps that will reduce premiums.

The House bill would also reduce the federal deficit by $119 billion over the next decade, according to the new projection. That's slightly less than the $150 billion the office estimated in March.

The new estimates will serve as a starting point for GOP senators starting to write their own version of the legislation as they consider changing the House's Medicaid cuts, tax credits and other policies.