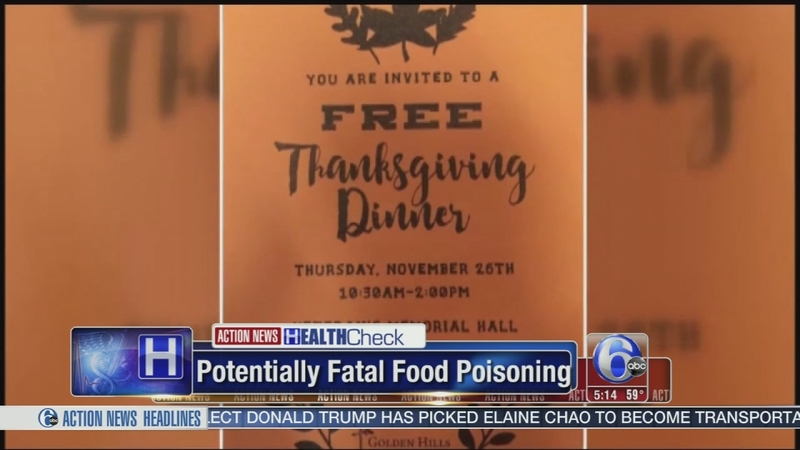 ANTIOCH, Calif. -- A Thanksgiving dinner served to 835 people in California may be linked to three deaths and at least eight illnesses.

Contra Costa County health officials, Dr. Louise McNitt and Dr. Marilyn Underwood spoke at a press conference Monday afternoon, but did not confirm whether the illnesses were directly caused by the Thanksgiving meal hosted by the Golden Hills Community Church, served at the Antioch American Legion Center.

Officials say all of the eight patients live at the same facility. Three have died, five were hospitalized and one remains in hospital care.

All of the possible food borne illness victims lived at the same facility & ate the charity Thanksgiving meal. #abc7now

During a press conference, Contra Costa health officials said some of the food was donated by volunteers, and some was cooked at the Golden Hills Community Center.

Officials said the dinner did not require a permit under California state law.

Officials are conducting tests on people at this time to figure out what caused the illness.

An investigation is being conducted by Contra Costa Public Health and they do not believe the public is in any danger.

They say they are testing others who reported symptoms and may not have an answer of what caused the deaths or sickness for ten days or more.

Officials are not releasing any information about the patients at this time.