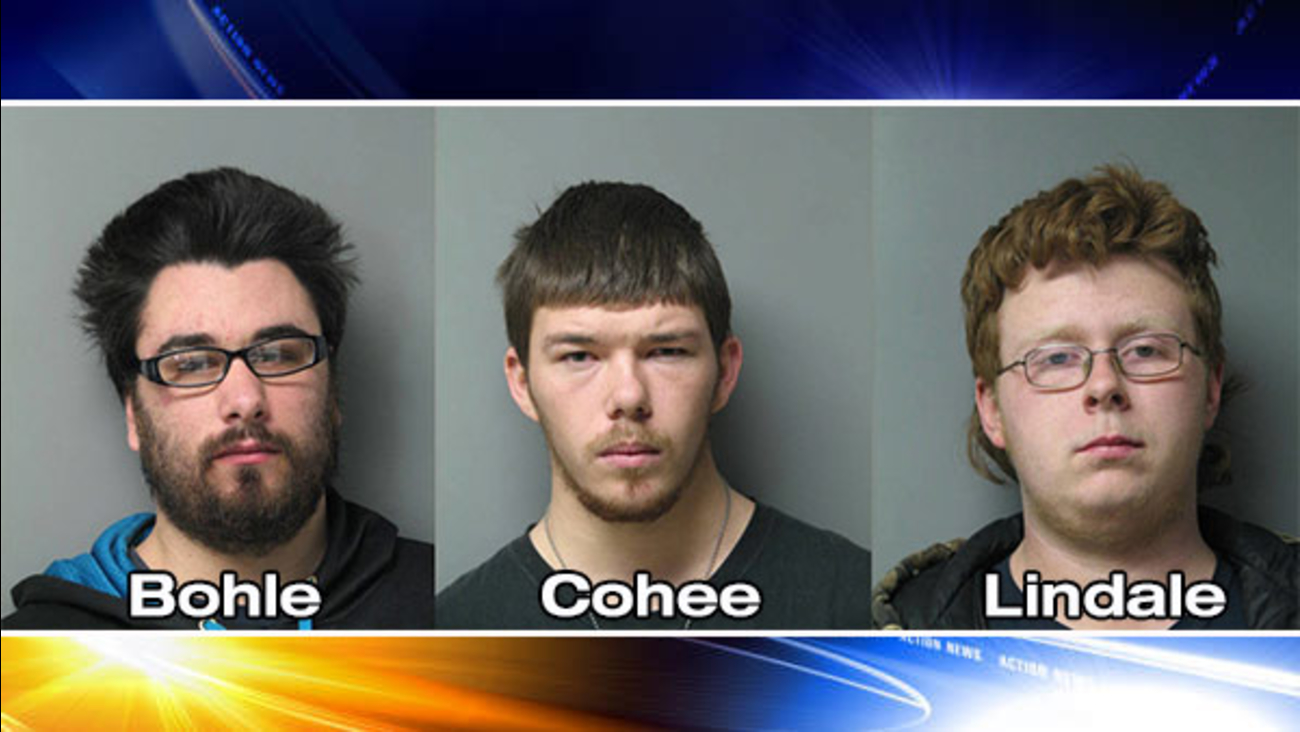 WPVI
DOVER, Del. (WPVI) -- Four young men have been arrested in a vandalism spree that caused $8,500 in damage.

Detectives say surveillance video showed a silver car driving slowly through a Magnolia neighborhood while its passengers damaged vehicles. Troopers used the license number to track down the car.

Once investigators spoke to the registered owner, they learned that his 17-year-old son was the operator of the vehicle. Interviews with the teen led police to three other males who were allegedly also involved.

On Friday 22-year-old Justin Bohle of Dover, 19-year-old Ryan K. Lindale of Camden, and 19-year-old Charles D. Cohee of Felton, as well as the 17-year old male, all surrendered to police.