Woman behind OomphForKaty campaign out of ICU 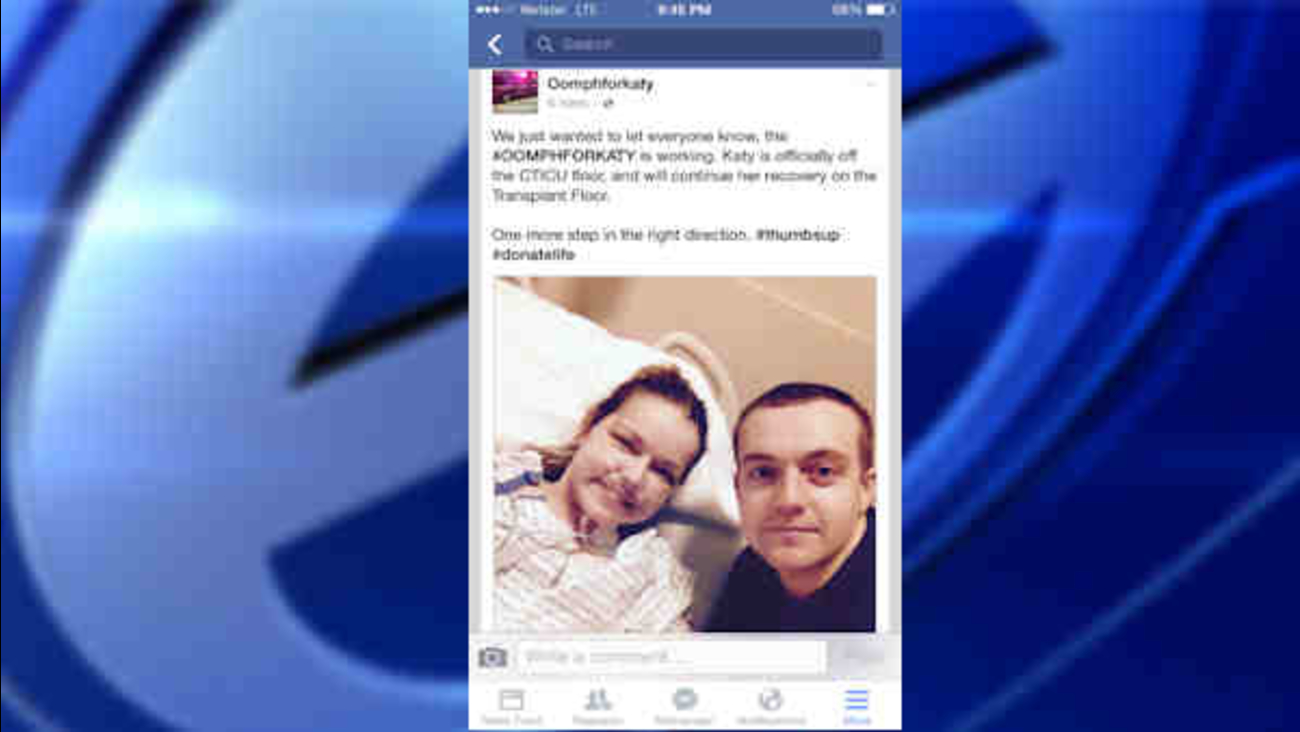 NEW YORK -- Katy Starck-Monte has official been taken out of the intensive care unit following a life-saving double lung transplant earlier this month.

The 30-year-old patient who has attracted national attention for her struggle against cystic fibrosis is wasting no time charging towards the finish line.

We just wanted to let everyone know, the #OOMPHFORKATY is working. Katy is officially off the CTICU floor, and will continue her recovery on the Transplant Floor.

One more step in the right direction. #thumbsup #donatelife

Starck-Monte suffers from cystic fibrosis, a genetic lung disease. She has already had one double lung transplant, but there we complications. Three months ago, Starck-Monte was admitted to Columbia Presbyterian.

"My whole body hurts, but this is how I've felt - I'm kind of used to it," said Starck-Monte.

Last week, there was a match. Starck-Monte was headed into surgery.

"We had to travel over 5 hours, a jet and a helicopter to get her those lungs," said Dr. Joshua Sonett.

The actual transplant procedure took roughly 9 hours, there were 2 primary surgeons in the operating room because Starck-Monte was so strong going in. That is playing a huge part in her recovery.

"I'm hoping within 2 to 6 weeks, Katy can pass you in the street, and you didn't even know she had a double lung transplant, that's the goal here - what it's all about," adds Sonnett.

What kept her going, her mom, Patricia and sister, Tricia.

"You cherish everything so much more," said Tricia.

"When Blake came in and spent time with her and made her feel like she was a human being and she mattered. I think it really encouraged her to wait, and the next day, the call came, and Katy had another chance at life.