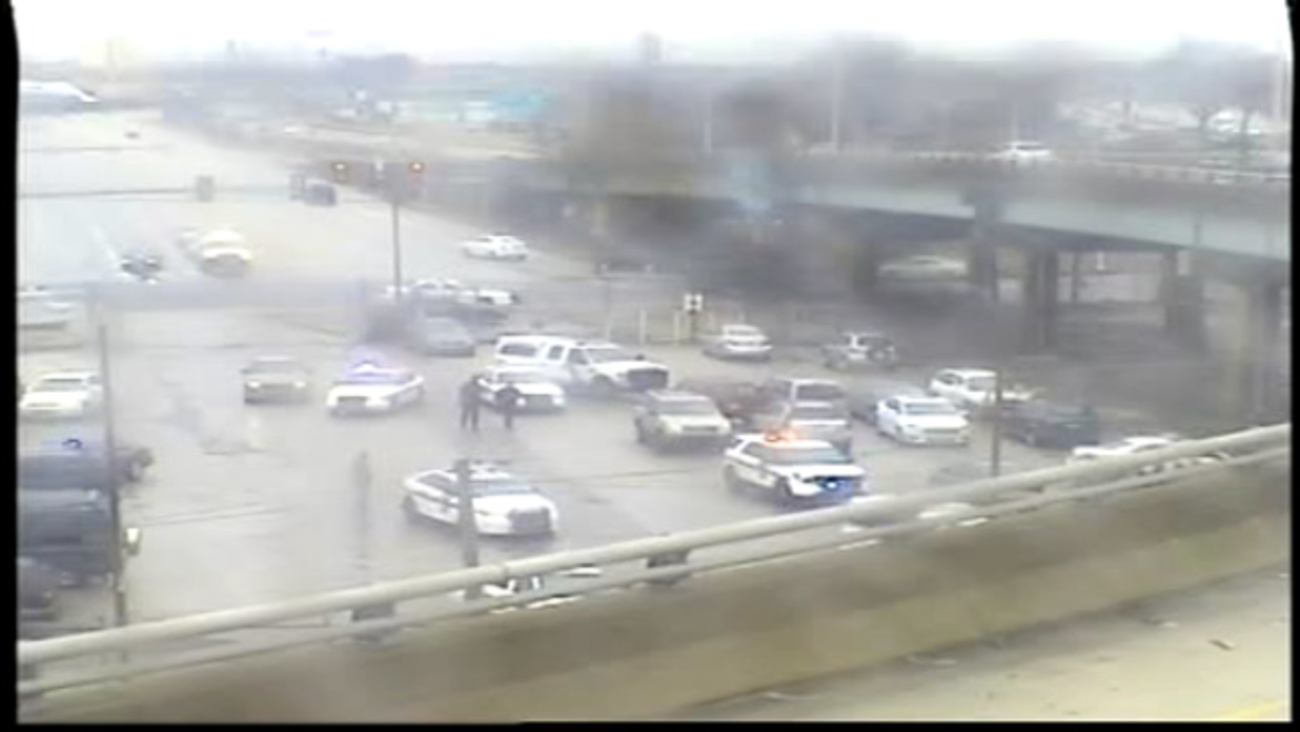 SOUTH PHILADELPHIA (WPVI) -- Three people are in custody following a bank fraud incident in Delaware County which led to a police pursuit into South Philadelphia.

The incident began shortly before 2:00 p.m. Thursday at a bank in Marple Township.

Police say the suspects attempted an identity theft scheme at the bank.

The suspects, two males and one female, fled the scene.

Pennsylvania State Police caught up with the vehicle and gave chase along I-476 and I-95.

The incident came to a close in the vicinity of I-95 near Packer Avenue.

Police say the three suspects jumped out of the vehicle.

Two jumped from the I-95 overpass and were injured.

All three suspects were taken into custody.