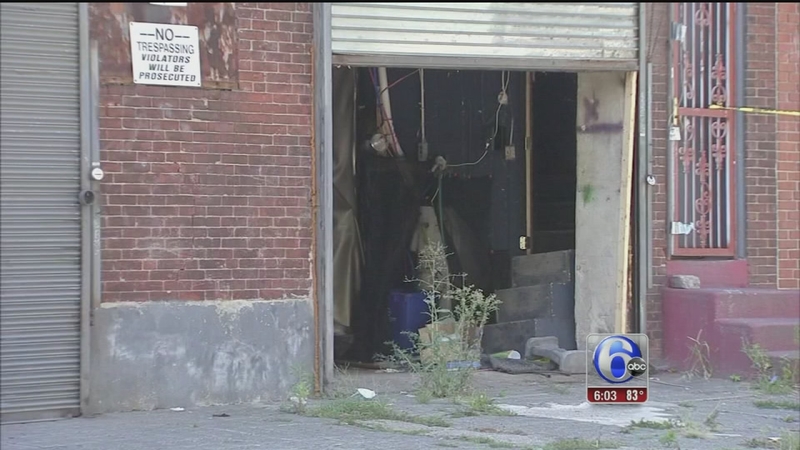 STRAWBERRY MANSION (WPVI) -- Philadelphia police are investigating the discovery of three decomposed bodies in a garage in Strawberry Mansion.

Resident Corey Cureton says he walked past a slightly opened garage at 2626 West Hagert Street and something didn't smell right so he went inside.

"When we walked past, took a peek inside, seen the boxes, opened one of the boxes, body inside, called 911," Cureton said.

Police and medics arrived and investigators say they found two additional decomposed bodies, one was in a casket and another also in a box.

Nearby residents watched with faces covered to mask the awful stench.

A source says it appears the three bodies were left in the hot dingy garage for an extended period of time after being dropped off by a nursing home to the Powell Funeral Home around the corner.

Sources and city records show the funeral home and garage are owned by Janet Powell Dailey, who arrived on scene and had no comment.

From outside the funeral home, open windows can be seen on the top floors.

There are headstones in the lot next door.

A source says the owner told investigators she moved the bodies from the funeral home because of the smell.

One neighbor tells Action News off camera she saw a pickup truck drop off the bodies at the garage on Saturday.

"Nobody should be stored like that, nobody," Dolores Mack of Strawberry Mansion said.

Janet Powell Dailey has not been charged with a crime.

State Board of Funeral Directors spokesperson says while Dailey has a license to be a funeral director, the funeral home's license expired last year. Both are required.