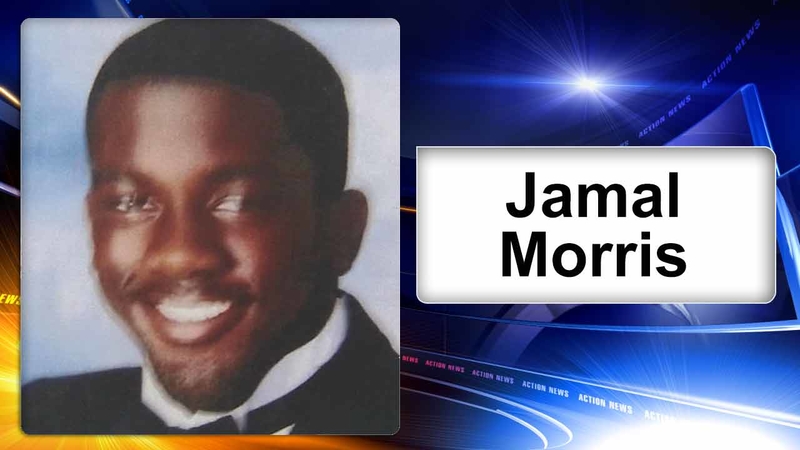 WEST PHILADELPHIA (WPVI) -- The mother of a Philadelphia man has made a plea for help just days after her son was killed in a hit-and-run.

27-year-old Jamal Morris was riding his bike early Saturday morning when a driver hit him near the corner of 45th and Market streets, then took off.

Police can find no evidence of the car that hit him and no surveillance video. So now, police and Morris' family are pleading for the hit-and-run driver to come forward.

Morris' family and friends gathered in front of Penn Presbyterian - the hospital where on Monday he was taken off life support, succumbing to traumatic head injuries.

His mother, Channabel Latham-Morris, talked of her only son, who graduated from Drexel University and was working in Philadelphia as an engineer.

She said, "Jamal loved life. He loves church. He loves sports. He was a Sunday school teacher. He did football with the kids."

Sometime after 3 a.m. Saturday, Jamal was riding his bike in the area of 45th and Market when police believe he was hit by an oncoming car. He was discovered later - bleeding on the side of the road.

Philadelphia Police Captain John Wilczynski explains, "Bright red bike, gets hit by the car and the car leaves the scene. So right now we have no piece of the car left behind. No physical evidence."

Morris lived on 54th Street, but it's unclear where he was coming from or going to.

His family visited the accident scene on Tuesday. They are desperate for information.

"As a mom, I am pleading with the person who hit my son. I forgive you, so you need to know that I forgive you. Please come forth," said Latham-Morris.

Jamal's sister, Natasha Morris-Battle, says, "I just want peace. I want you to have that true peace that I have right now, knowing that you did the right thing because that's one thing my brother was all about - doing the right thing."

The Morris family expressed tremendous gratitude to the physicians who tried to save Jamal's life, and to the city he called home.

His father, Hector Charlton-Morris, tells us, "My son came to Philadelphia, and I don't know what you guys did to him, but he never wanted to leave, and I now see why."