WPVI
PHILADELPHIA (WPVI) -- A fight between local union boss John Dougherty and a non-union member on a construction site is now being investigated by federal authorities.

Joshua Keesee and his attorney are spreading false and defamatory information that John Dougherty uttered racial slurs during an altercation with Keesee. These allegations are outrageously untrue and Mr. Dougherty will vigorously defend himself against them.

Joshua Keesee, a non-union electrical contractor, is seen in the surveillance video during a bare-knuckled confrontation in South Philadelphia with Dougherty.

It took place January 21 outside a landmark auto repair shop at 3rd and Reid.

Keesee says Dougherty swung first, hitting him twice in the face and breaking his nose.

Dougherty claims he acted in self-defense when Keesee threatened him and his family.

Keesee has filed a criminal complaint against Dougherty and his union cohorts seen on the video.

"Dougherty approaches him and gives him a combination of a left to the nose and a right. He blocks the right and it grazes his head. The three guys jump in and they start punching him" Keesee's lawyer Robert Mozenter said.

The FBI and State Attorney General's Office have taken over the case after Philadelphia District Attorney Seth Williams bowed out because he has received thousands of dollars in campaign contributions from Dougherty and his union.

Keesee told his lawyer the union members had been harassing him as he worked on residential construction along 3rd Street and peppered him with racial slurs during the fisticuffs. Therefore, the FBI Civil Rights Division is involved.

"And it has to do with possible ethnic intimidation," Mozenter said.

Through his spokesman, Dougherty issued a statement that reads in part, "John Dougherty was not the aggressor. A non-union contractor on site, who was half John's age, made verbal threats..." to his wife and daughter.

Mozenter denies that allegation against Keesee.

As they wait for the outcome of these two criminal investigations, Keesee's lawyer tells Action News he is preparing a multi-million dollar lawsuit against John Dougherty and his union Local 98.

Full statement from John Doughtery through his spokesman:

The Inquirer's artificial urgency to report this minor incident has more to do with John Dougherty's recent court victory over the paper than it does with responsible journalism. On January 21, 2016, John Dougherty, while on his way to work in full business attire, was involved in a brief, physical altercation with a contractor at a notorious, non-union job site in South Philadelphia There were multiple eyewitnesses. John Dougherty was not the aggressor. A non-union contractor on-site, who was half John's age, made verbal threats in front of John, saying he knew where John's wife took her daily walk and the location of John's daughter's home. John told the contractor that if he had a problem, he should deal with John alone. At that point, the contractor rushed John and threw a punch at his head. This happened after the contractor had already sucker-punched one of the Local 98 protestors on the site, which required stitches for the Local 98 member. John Dougherty ducked the contractor's punch and countered with a punch to the assailant's face. That was the end of the incident. We firmly believe that there should be no criminal or civil charges filed in this matter, as John Dougherty acted purely in self-defense.
Related topics:
fightphilly newssurveillancesurveillance camerainvestigationsurveillance video
Copyright © 2020 WPVI-TV. All Rights Reserved.
More Videos
From CNN Newsource affiliates
TOP STORIES 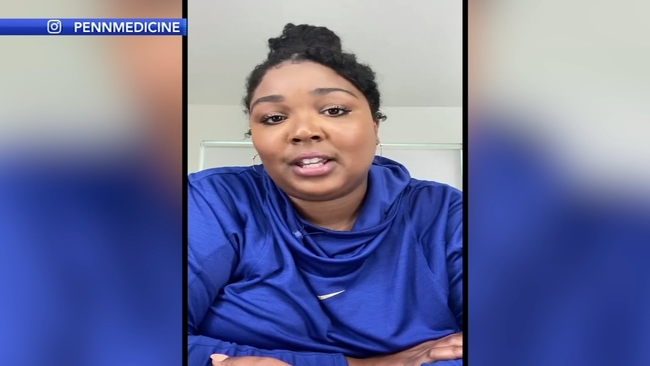