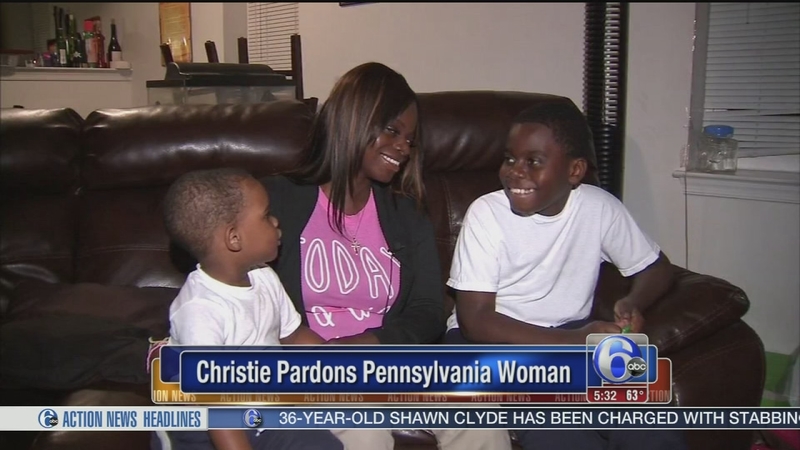 Shaneen Allen was arrested in October 2013 in Hamilton Township after telling a state trooper she had a handgun and a concealed-carry permit. New Jersey did not recognize the Pennsylvania permit, and she was arrested and charged under its strict gun laws.

Christie's decision, announced Thursday, won quick praise from the National Rifle Association, which said he did the right thing.

Christie, a potential 2016 presidential candidate, said at a recent town hall meeting he would consider changing the state's gun laws, but the Democratic Legislature has no appetite for that. He said he'll instead do what he is legally allowed to do, such as pardons when he thinks they're warranted.

It's not the first time Christie has helped clear someone charged under the state's gun laws. In 2010, he commuted the seven-year sentence of a man who was found with guns he had legally bought in Colorado.

Allen was charged in 2013 with unlawful possession of a weapon and armor penetrating bullets. She eventually was accepted into a pretrial program for nonviolent offenders.