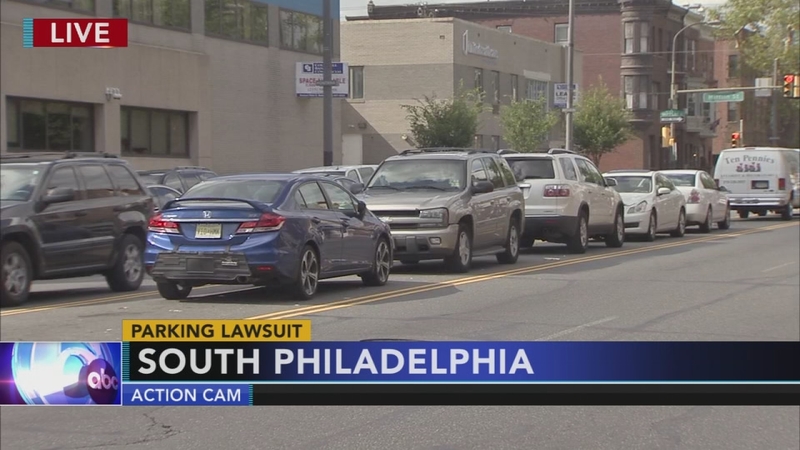 SOUTH PHILADELPHIA (WPVI) -- It's a sight that's unique to South Philadelphia: cars lined up in the middle of the street, using the median as a parking space.

But just because it's been going on for decades, that doesn't mean everyone is happy about it.

That's the basis of a lawsuit being brought against the city by a group called 5th Square. On their website they describe themselves as "Philly's urbanist political action committee."

They're targeting the 1.5 mile stretch of South Broad from Washington down to Oregon Avenue.

They state in their lawsuit, "Plaintiff 5th Square's interest in the enforcement of the median parking laws is to ensure the safety, health and welfare of those pedestrians, motorists and bicyclists that use or traverse Broad Street."

5th Square wants police to start writing tickets and for the Philadelphia Parking Authority to help enforce the law.

Their lawsuit states, "Any police officer or other duly authorized employee of the City or any agency thereof of the Parking Authority who observes a Parking violation shall serve a ticket."

We couldn't find anyone living or working South Philly who agrees with the lawsuit.

"This is like our birthright for South Philly to park in the middle," said Pat Massi.

"This has been a tradition for I don't even know... a very, very long time," said Anne Catania.

There are plenty of residents who say they depend on the median for parking.

"There's nowhere to park as it is now. If you start taking all these cars away from being parked in the middle Broad Street, where do they go?" said Kevin McClain.

"Where do you go? That's a serious question and if the city wants to move it and the activists want to move it, give us a solution!" McClain said.

We spoke with some who are prepared to fight back in protest if things start changing.

"The people who come in the store for two seconds, they come in and get a ticket - so it's crazy. We need the parking," Massi said.