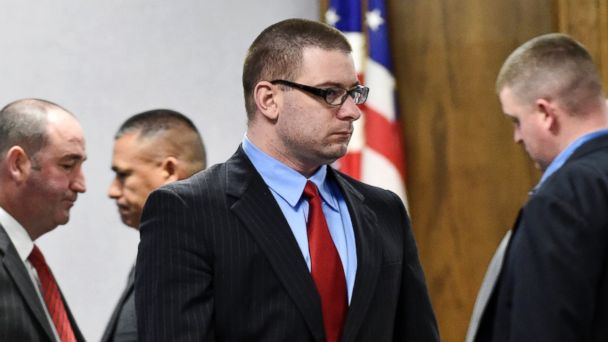 Eddie Ray Routh showed no reaction in court as the guilty verdict against him was read, The Associated Press reported.

Routh has been on trial for the February 2013 murders of Kyle and Littlefield at a Texas gun range.

The judge instructed the jury of 10 women and two men that they were to consider three possible decisions: guilty, not guilty, or not guilty by reason of insanity.

After they found Routh guilty, Littlefield's mother, Judy Littlefield, thanked reporters "for being so compassionate" and added, "We're so thrilled that we have the verdict that we have tonight."

State prosecutors have made it clear that they would not be seeking the death penalty in the case, and while the sentence for murder is life in prison, Routh's sentence officially will come at a later court hearing.

Routh pleaded not guilty by reason of insanity and his attorneys have argued that the former Marine had mental disorders and was in the grips of psychosis when he fatally shot Kyle and Littlefield during a trip to a gun range on Feb. 2, 2013.

During the 9-day trial, the prosecution and the defense have presented dueling testimony from mental health experts about whether Routh was insane when he committed the murders. Under Texas law, even if a person was suffering from a mental illness, they can be found guilty as long as they understood that what they did was wrong.