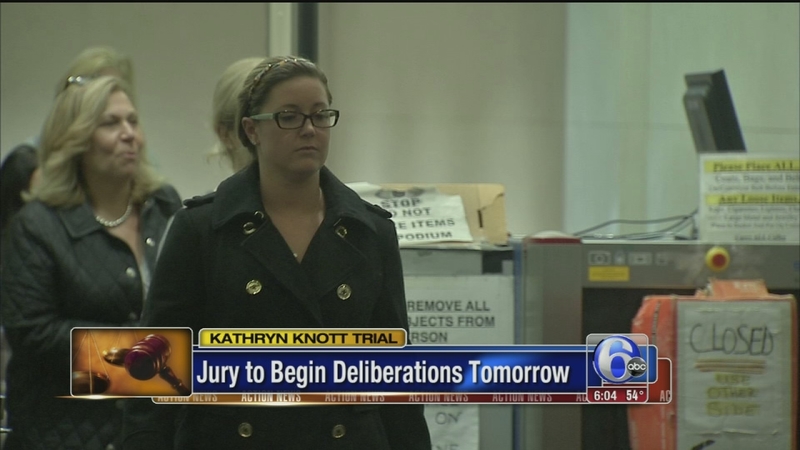 PHILADELPHIA (WPVI) -- Philadelphia prosecutors say derogatory tweets from a young woman charged in an attack on a gay couple show her homophobic nature.

A jury is set to start deliberations Wednesday in the felony assault trial of 25-year-old Kathryn Knott of Southampton, Bucks County.

Knott is charged with shouting slurs and punching one of the victims as her friends left a birthday celebration in the city.

Two male co-defendants have pleaded guilty and received probation and a ban on coming to Center City.

Knott testified Tuesday that she tried to intervene and never punched or insulted the victims.

She admits to using anti-gay language in tweets about a bad hair day or a lame song.