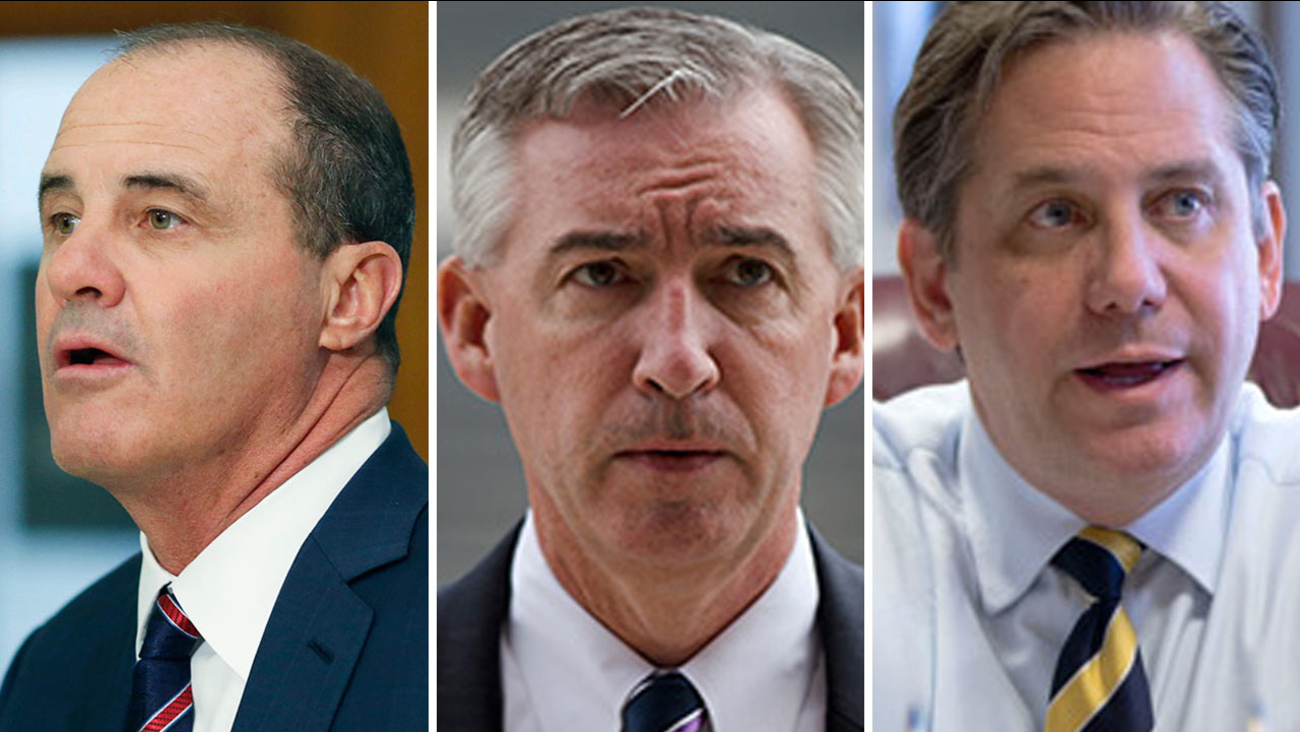 NORRISTOWN, Pa. -- Comedian Bill Cosby goes on trial Monday on sexual assault charges stemming from a 2004 encounter at his home near Philadelphia. The key figures to watch include:

Cosby, 79, who amassed a $400 million fortune as an actor and comedian best known for the family-oriented sitcom, "The Cosby Show," does not plan to testify. However, the jury will hear parts of the deposition he gave in accuser Andrea Constand's related 2005 lawsuit. Cosby was arrested on Dec. 30, 2015, days before the 12-year deadline to file the aggravated sexual assault charge. In the deposition, he said he gave Constand pills that night before putting his hand down her pants. However, he said they had a consensual, romantic relationship.

Andrea Constand, 44, managed the women's basketball team at Temple University, Cosby's alma mater. She met Cosby there in 2002 and said he drugged and molested her in early 2004. She left Temple months later to move home to the Toronto area and retrain as a massage therapist. She filed a police report against Cosby in early 2005, then sued him when Pennsylvania authorities declined to press charges. The settlement they forged in 2006, after Cosby gave four days of deposition testimony, ended the case and swore both sides to secrecy. The Associated Press does not usually identify people who say they are sexual assault victims without their permission, which Constand has given.

A woman who worked for one of Cosby's agents at the William Morris Agency in Los Angeles is the only other accuser permitted to testify to suggest Cosby had a pattern of drugging and molesting women. The woman, who does not want her name published, said Cosby invited her to lunch at the Bel Air Hotel in 1996, then offered her wine and a pill that he assured her was safe. She said he later sexually assaulted her. Cosby's lawyers have questioned why she went to his hotel bungalow, despite saying she had rebuffed Cosby's advances once before. Prosecutors had hoped to have 13 other accusers testify.

Brian McMonagle, a lawyer for comedian Bill Cosby, arrives at the Montgomery County Courthouse for a preliminary hearing, Tuesday, May 24, 2016, in Norristown, Pa.

Brian McMonagle has built a reputation as one of Philadelphia's best criminal defense lawyers through a combination of street smarts and courtroom savvy. He has defended mobsters, rappers, athletes and, in a case with some parallels to Cosby's, the Roman Catholic Archbishop of Philadelphia during the priest-pedophile scandal. A half-dozen other defense lawyers on the case have come and gone, including sometime Cosby spokeswoman Monique Pressley. McMonagle is now joined at the defense table by Angela Agrusa, a Los Angeles lawyer who is also handling at least six lawsuits pending across the country between Cosby and various accusers.

Montgomery County District Attorney Kevin Steele was the top deputy in the office in July 2015 when Cosby's deposition was released and then-boss Risa Vetri Ferman decided to reopen Constand's 2005 police complaint. Steele, a Democrat, was running to succeed her while she ran for judge. His opponent was Bruce Castor, the prosecutor who had decided not to charge Cosby in 2005. Steele attacked Castor over the decision in campaign ads and went on to win the November election. He announced Cosby's arrest the following month.

Former District Attorney Bruce Castor declined to charge Cosby in 2005 because he felt the case was weak, given that Constand had waited a year to come forward, the case lacked physical evidence, and she stayed in touch with Cosby afterward. He said the evidence could show both of them "in a less than flattering light." As he sought to return to office in 2015, amid a chorus of new Cosby accusers, Castor defended the decision by saying Constand had offered more "detail" in her lawsuit than she did in her police statement. Constand then sued him for defamation. Castor testified for Cosby's defense team at a pretrial hearing last year, saying he had promised Cosby's then-lawyer that Cosby would never be charged and should therefore testify in Constand's lawsuit.