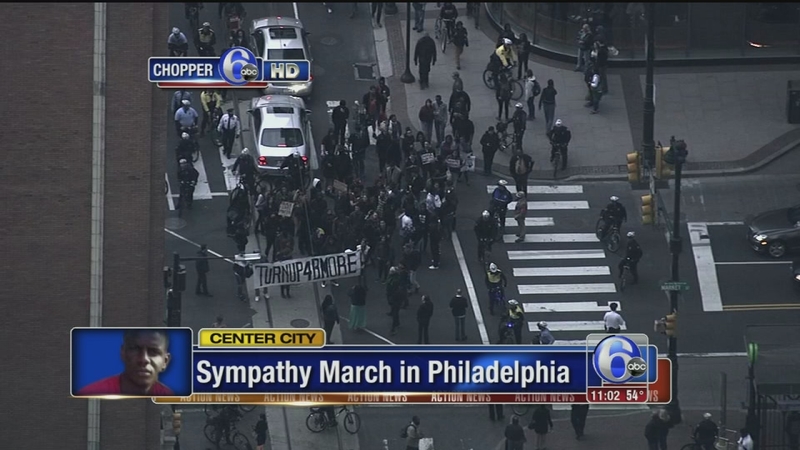 PHILADELPHIA (WPVI) -- For the second night in a row, demonstrators marched on the streets of Center City Philadelphia.

The crowd moved through Arch Street and JFK Boulevard before arriving at Broad and Walnut just after 7:30 p.m.

They then made their way to the Art Museum.

This came a day after a "Philly is Baltimore" rally lasted more than six hours Thursday. 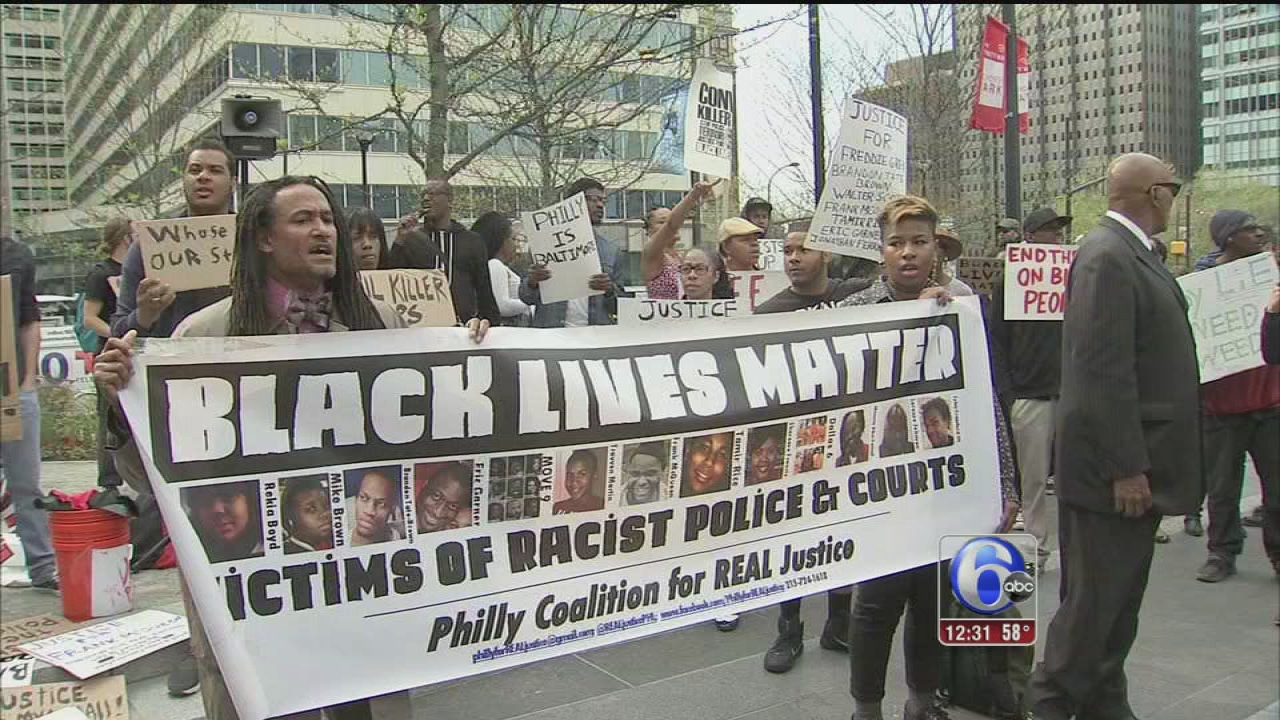 VIDEO: 'Philly is Baltimore' protesters rally for hours
A rally called "Philly is Baltimore" that began Thursday afternoon and extended well into the evening ended with only 3 arrests and no damage to property.

It began at Philadelphia City Hall. Organizers said the purpose was to show solidarity with protestors in Baltimore. 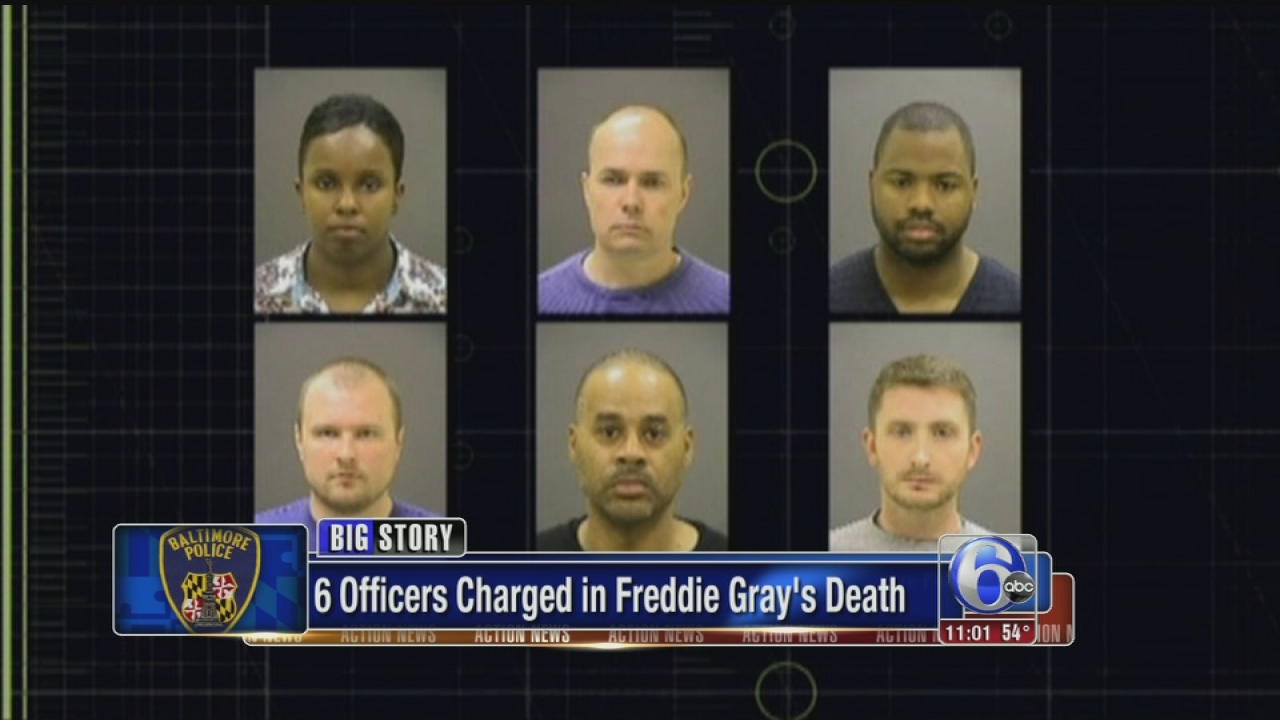 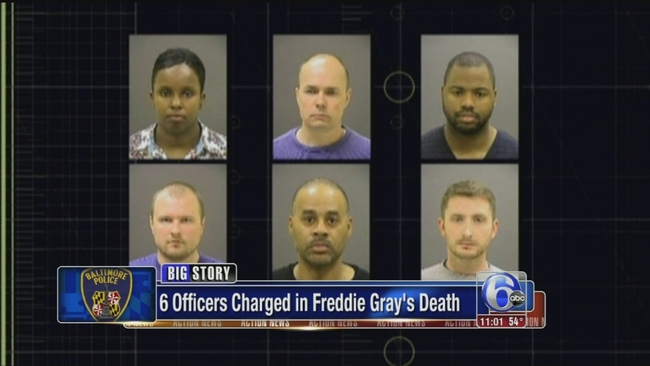