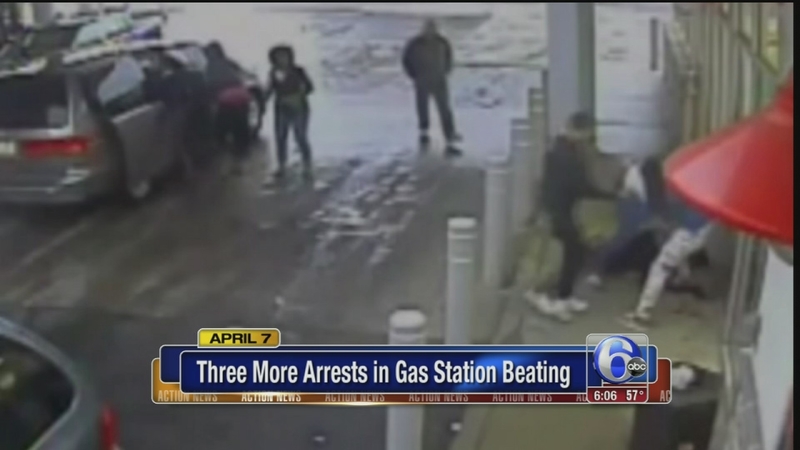 OLNEY (WPVI) -- Police have made 3 more arrests in the brutal assault of a homeless man caught on camera at a gas station in Olney.

Three juveniles have been arrested and charged. All three were charged as juveniles with attempted murder, aggravated assault, simple assault and related offenses.

The April 7th incident was caught on camera at a gas station in the 5500 block of North 5th Street.

Police say Duggins was one of several people who kicked and beat the man unconscious with sticks, a hammer and other objects, after a 10-year-old boy told his mother he got into an argument with the man.

The boy's mother, 34-year-old Aleathea Gillard, has been charged in the case, along with 24-year-old Shareena Joachim.

The victim is still in a coma.