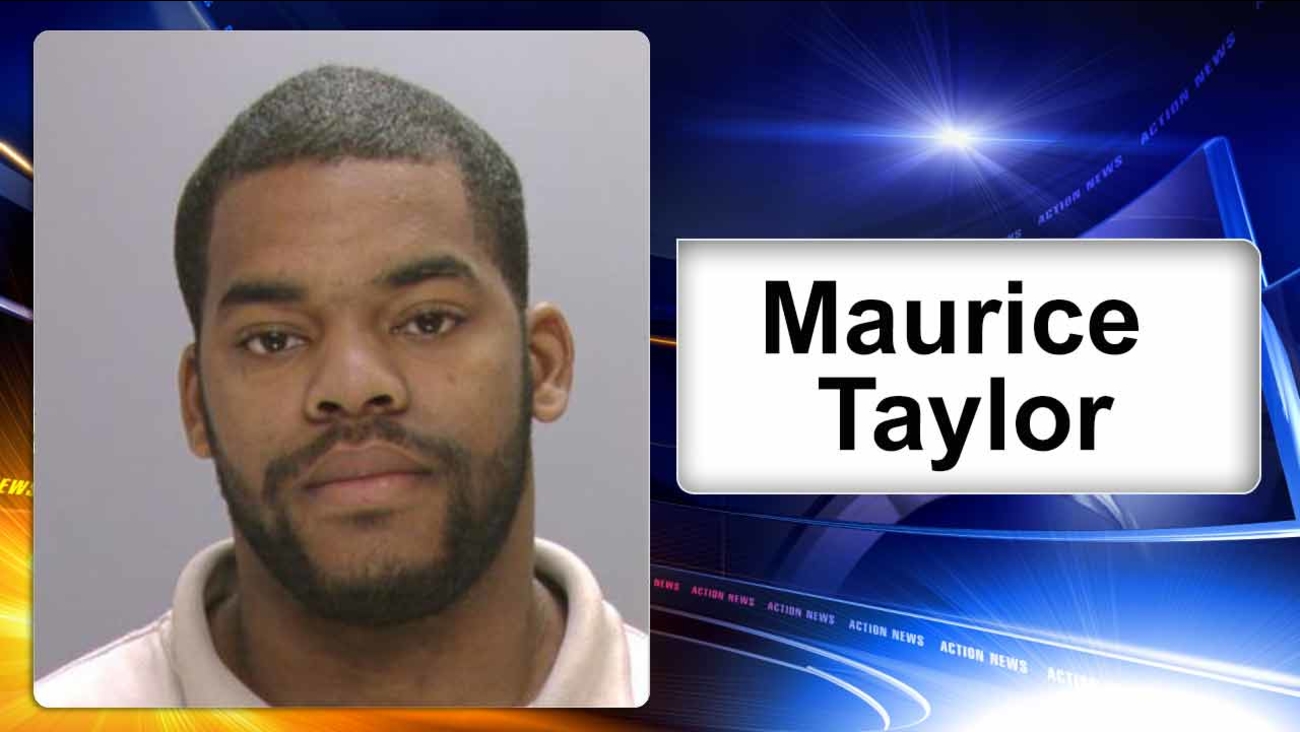 POINT BREEZE (WPVI) -- Police have identified the suspected wanted in connection to a hit-and-run that injured a Philadelphia officer.

The suspect is identified as 26-year-old Maurice Taylor from the 1500 block of Ellsworth Street.

A Philadelphia police officer is hospitalized after being struck by a car in Grays Ferry.

It happened around 6:30 p.m. Monday near 27th and Sears streets in Grays Ferry.

Police say 17th district officers were responding to reports of a man with a gun when the suspect jumped into his vehicle and attempted to flee going the wrong way on a one way street.

He then struck the 26-year-old officer.

Investigators say the shattered windshield on the suspect's Volkswagen Passat illustrates just how hard the officer was struck. 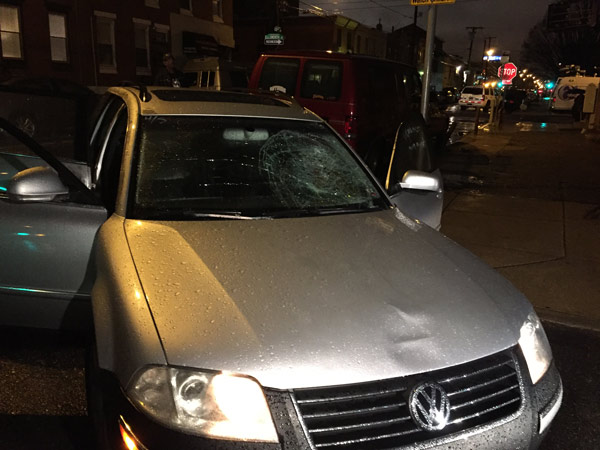 The officer was hit with such force, police say his body flew up and landed on the car putting a large hole in the windshield.

"His body, according to witnesses, flipped in the air and then landed on the hood of the vehicle putting a large dent in the vehicle and then the vehicle continued to speed off," Philadelphia Police Chief Inspector Scott Small said.

A Philadelphia police officer is hospitalized after being struck by a car in Grays Ferry.

He later abandoned his car in Point Breeze at 22nd and Annin streets with people still in it.

"When he fled on foot in his desperation to get away, he left his two passengers in the vehicle, an 18-year-old female and an 11-year-old boy in the car," Small said.

They tell police Taylor is a family acquaintance that they have known for approximately one year.

Officers were praising neighbors on the block who immediately went to the officer's aid.

"Just goes to show there some really good people out here that are willing to help police at times of emergency," Small said.

The officer suffered a severe head injury, a broken leg and a shattered knee cap.