WPVI
PHILADELPHIA (WPVI) -- Investigators said on Tuesday that the man who led police officers from multiple agencies on a two hour pursuit that spanned two states was wanted for stealing underwear.

Robert Ritter, of Blackwood, N.J., was captured after the chase on Monday evening.

Police say Ritter stole $10.50 worth of underwear from a Shop Rite store in Brooklawn, New Jersey earlier this month. Police say he has an extensive violent criminal history.

Ritter was released from the hospital and into police custody on Tuesday morning to face aggravated assault and other charges.

Police also released a mug shot of Ritter from a previous arrest.

The dramatic chase ended Monday night when authorities clipped the suspect's van, flipping the vehicle over. 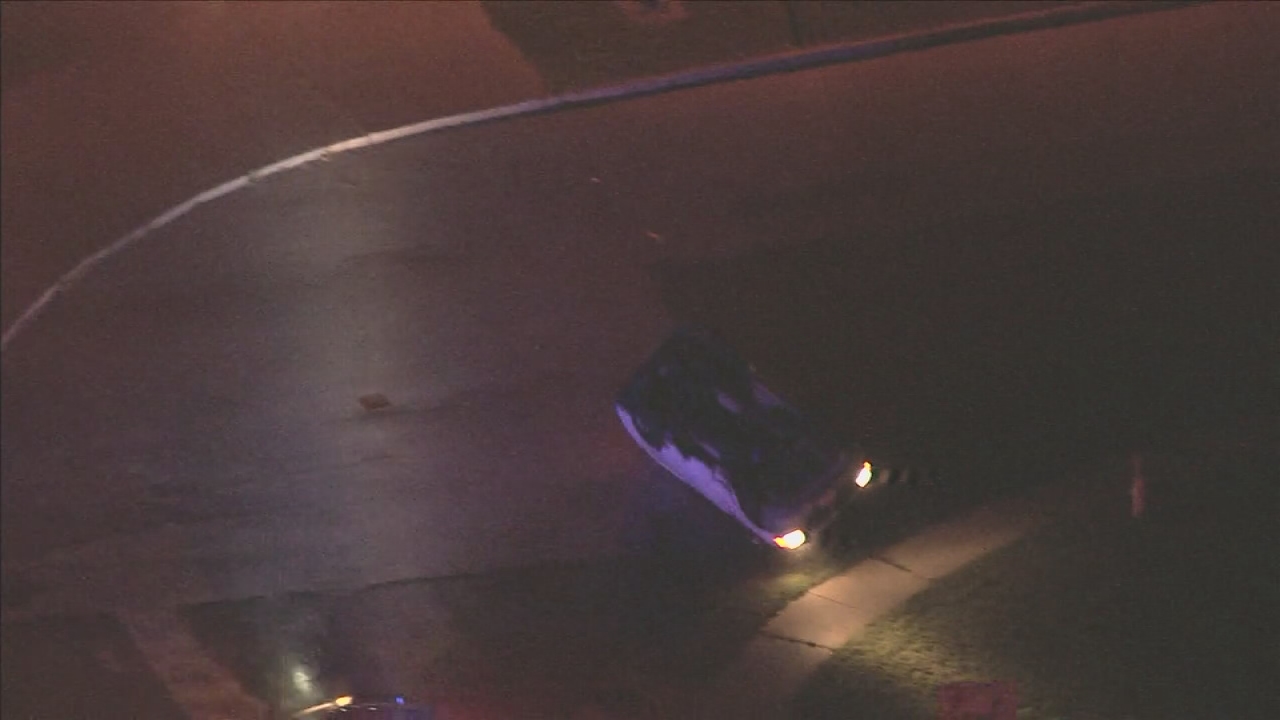 The pursuit began two hours earlier, around 8:00 p.m. Monday, in Oaklyn, Camden County. That's when police tried to stop Ritter, and they say he took off.

Oaklyn Police had run his license plate and discovered there were warrants out for Ritter's arrest.

Action News has learned those warrants include the following: 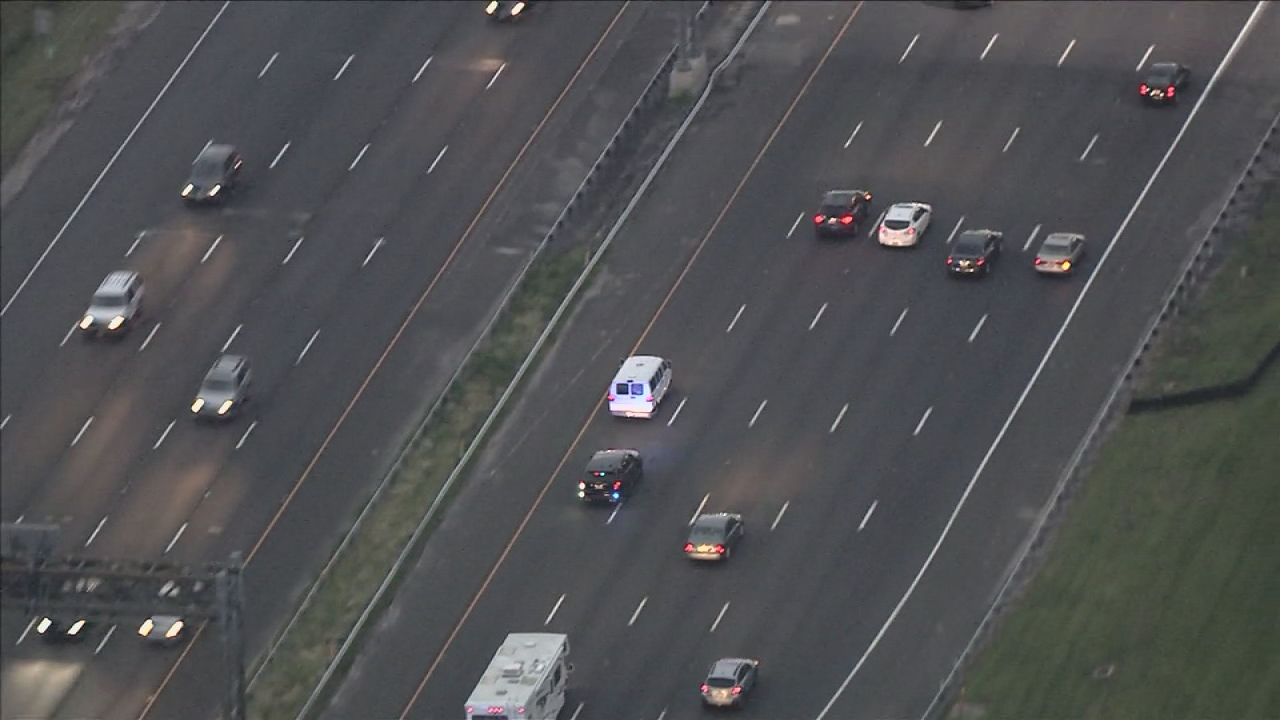 The vehicle then went on I-95 South in Pennsylvania, off at Bartram Avenue, back on I-95 North, off at Broad, back onto I-95 North and back over the Walt Whitman into New Jersey. 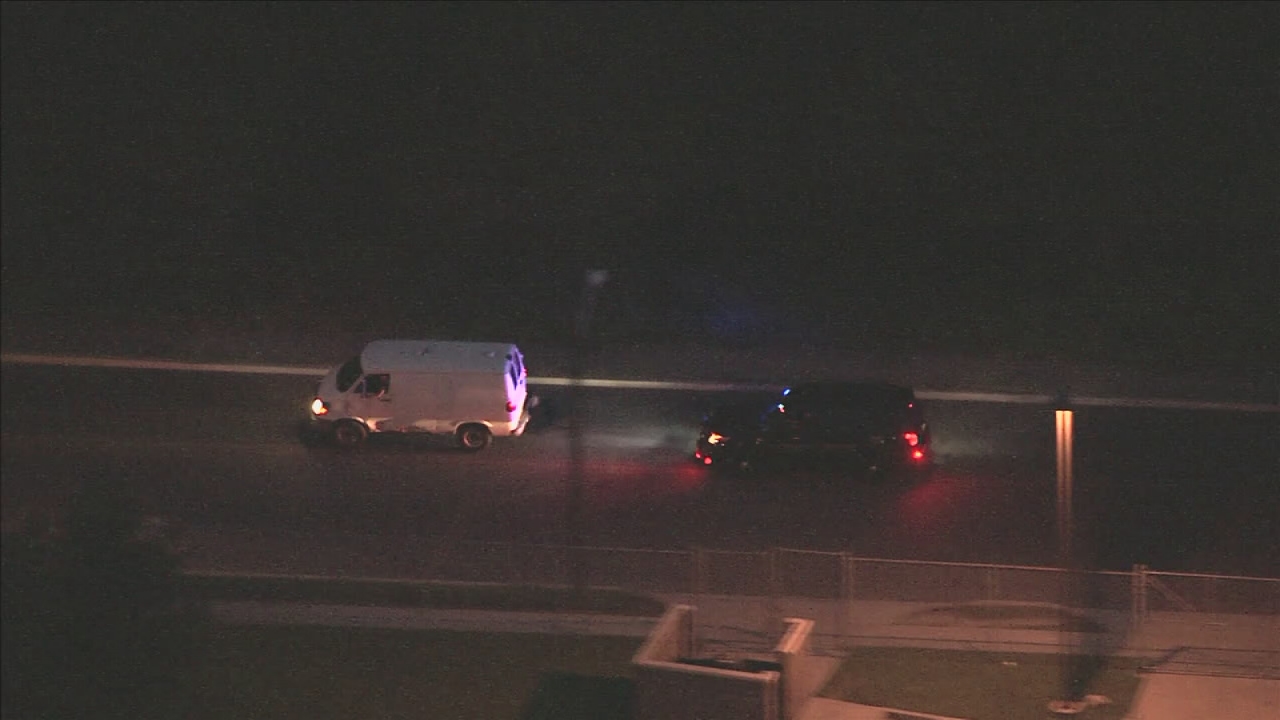 From there the van went through Camden and into Deptford. At one point, the driver stopped at the Deptford Mall before taking off again. 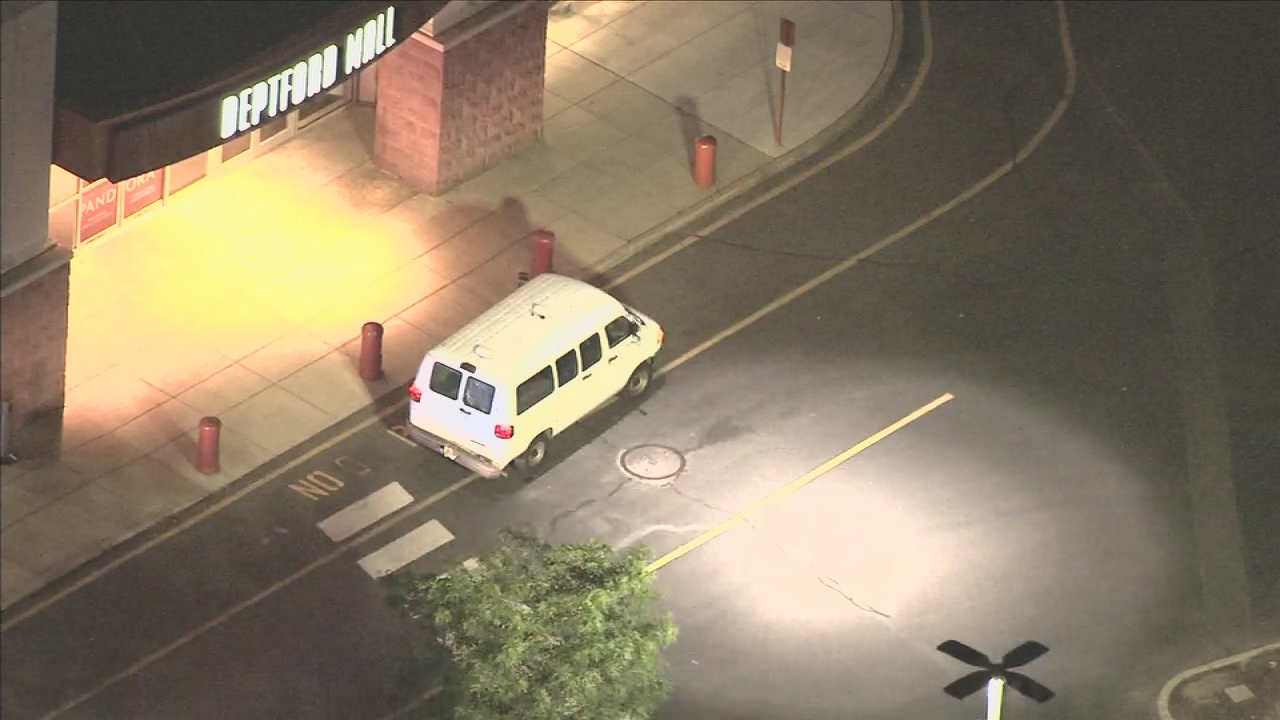 The van then went across the Ben Franklin Bridge, down around Independence Mall, and looped through Society Hill back into Old City and Northern Liberties before heading back onto I-95 South. 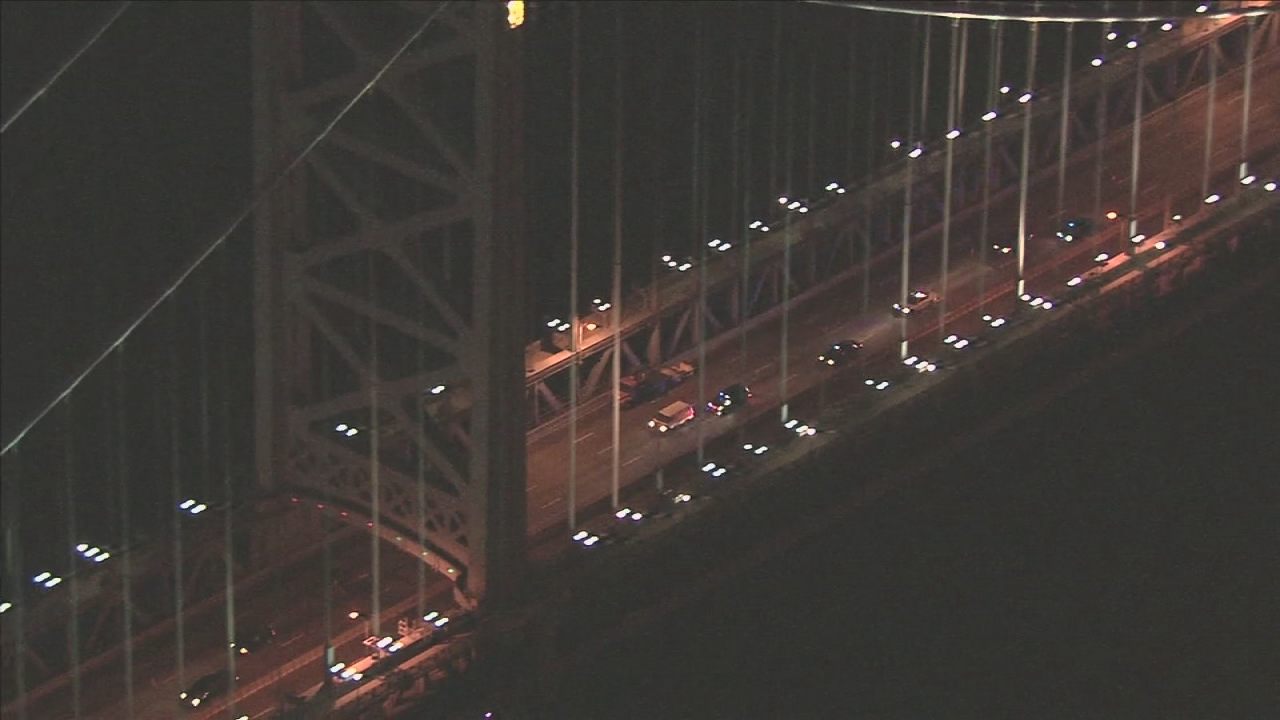 The chase ended at Island and Enterprise Avenues in Southwest Philadelphia as police bumped the van causing it to roll over. Ritter emerged from the van with his hands up, and police arrested him.

A police chase started in Oaklyn, New Jersey and ended in Philadelphia, crossing state lines more than once.

At one point, the suspect hit several police cruisers and the chase reached high speeds on the highway.

Philadelphia Police Commissioner Charles Ramsey has changed the way Philadelphia responds during chases, opting on the side of caution and, when in doubt, pulling back.

State police are trained for such maneuvers. Philadelphia police are not.

The suspect received minor injuries in the crash. He was taken to Mercy Hospital for treatment and released into police custody early Tuesday morning.

"He will be charged in Philadelphia with three counts of aggravated assault against the officers that he crashed into and then extradited eventually to New Jersey to face the robbery charges," Walker said Monday night. 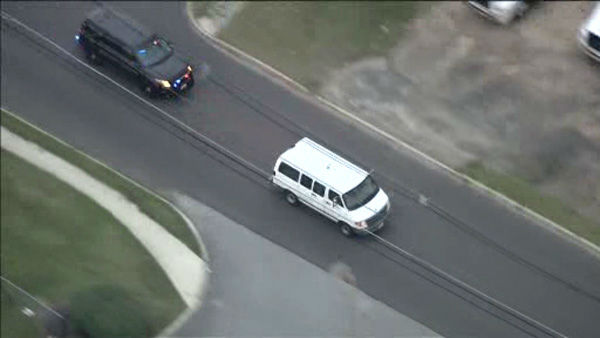 The van was taken to the Philadelphia Police impound facility as investigators worked to secure a search warrant and check for any weapons inside the van.

Police say during the chase they operated as if the driver was armed.
Related topics:
n.j. newspolice chasephilly news
Copyright © 2020 WPVI-TV. All Rights Reserved.
RELATED 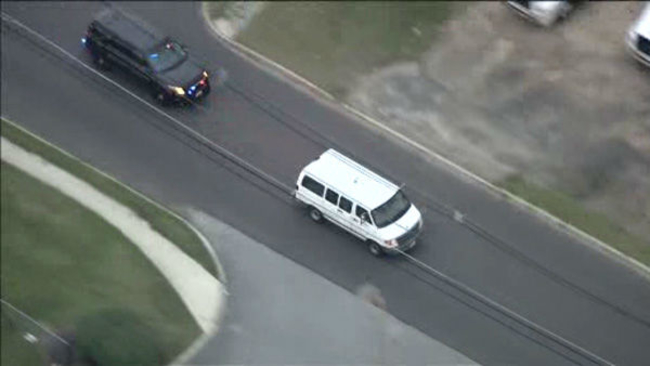 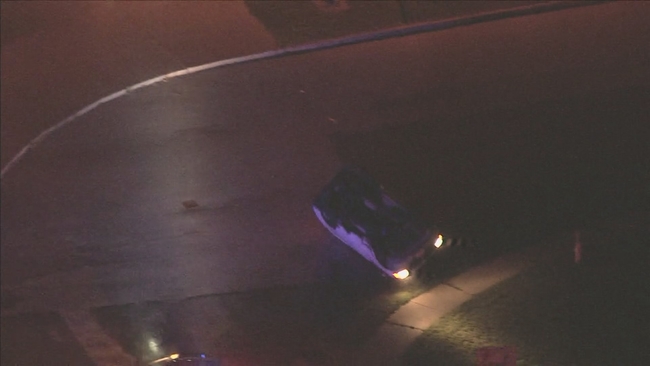 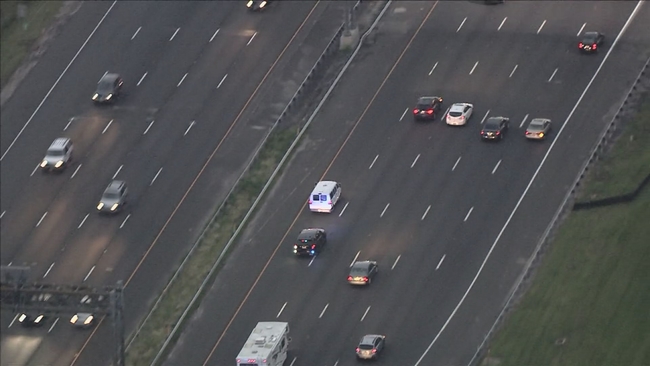 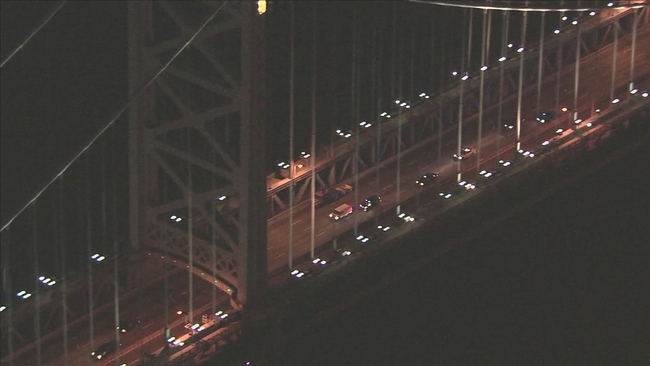