Prosecutors: Hospital CEO killed wife and then himself 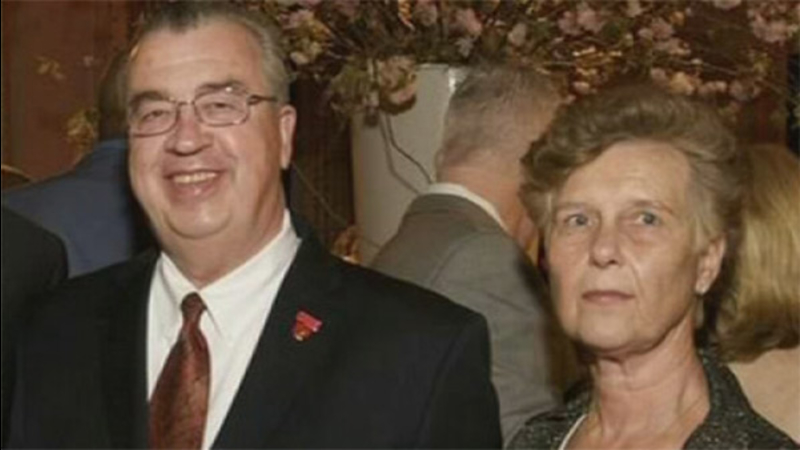 VIDEO: Prosecutor says hospital CEO killed wife and then himself

SOMERVILLE, N.J. (WPVI) -- The mysterious circumstances surrounding the deaths of the CEO of Cooper Hospital and his wife are a mystery no more. Prosecutors have issued their final report, revealing the findings of their investigation.

That's the conclusion of the Somerset County Prosecutor into the deaths of the Cooper Health System CEO and his wife, a retired school teacher.

The report says Joyce Sheridan suffered eight wounds to the head and a fatal stab wound to the chest. She also had defensive wounds on her hands.

Police found her in an upstairs bedroom of the couple's Skillman home where they were responding to reports of a fire on September 28th of last year.

Authorities say John Sheridan's DNA was found on a half-empty gas can found inside the room and he was alive after the fire started. He was found with five broken ribs under a burning armoire.

John's autopsy shows he died of smoke inhalation and sharp force injuries, but the two knives recovered from the scene did not cause those injuries.

Before the couples' deaths and memorial service in early October, investigators say that John Sheridan was described by colleagues and friends as "out of character," "upset," and "withdrawn."

And according to the prosecutor's report: "it was apparent that Joyce Sheridan was worried and upset because she, too, recognized John Sheridan was exhibiting levels of apprehension atypical to his usual calm and deliberative manner."

The Sheridan's four sons have all been cleared by police and are rejecting the prosecutor's findings. In a statement released this afternoon they say: "We will not allow our father to be convicted based on the guesswork resulting from an inadequate and incomplete investigation simply because he is not here to defend himself."

The Sheridan's sons say they are filing a lawsuit challenging the prosecutor's conclusions. They brought in their own medical examiner, and have raised several questions.