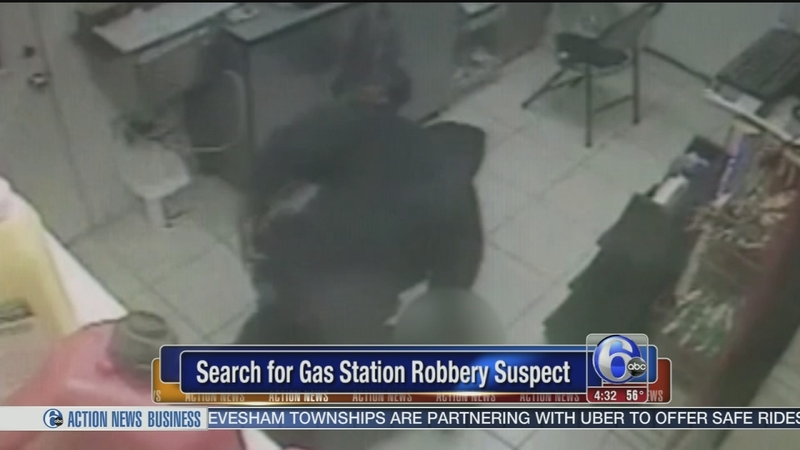 BURLINGTON CITY, N.J. (WPVI) -- Police in southern New Jersey are looking for a man who they say may have attacked three gas station attendants, during three separate robberies.

The first happened last month at a Speedy Gas in Burlington Township.

Police say the suspect distracted the attendant by asking for cigarettes, then hit the attendant on the head, grabbed cash from his pockets, and then ran.

Two weeks ago, another attendant was attacked in a similar manner at a Fuel Express in Burlington City.

Just days later, another attack was reported at the US Gas in Burlington City.

Police believe the same suspect is behind all three incidents.